Anthony Pettis Explains Decision to Sign With The PFL

It didn't take Anthony Pettis Iong to find a new promotional home, and recently he explained why he decided to sign with the PFL.

It seemed like more than a few people were surprised to hear that Anthony Pettis has joined the Professional Fighters League. But, recently the former UFC lightweight champ outlined why he decided to sign with the unique promotion. 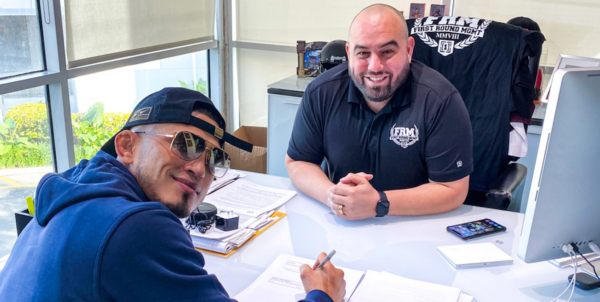 Pettis on why signing with PFL “really made sense”

The 33-year-old Pettis closed out his UFC deal at UFC Vegas 17 earlier this month, by outscoring welterweight Alex Morono for the decision win. Leading up to the fight, Pettis revealed that the bout was the last on his UFC deal, and that he intended to test free agency.

Following UFC Vegas 17, it wasn’t long before Pettis and the PFL announced that ‘Showtime’ had signed with the promotion. While talking to the South China Morning Post since then, Pettis had this to say about his decision.

“Honestly, I knew what I was looking for. My goal right now at this stage of my career to become a champ.”

“In the UFC, I’ve never fought out my contract ever. I always signed with two or three fights left.

They did offer me a contract, but I made up my mind, talked to my managers and said, ‘Let’s see what’s out there’.

If I’m ever gonna make a move, it’s the right time now.

“I’m still young in this game, I’m back motivated and hungry to become a champion and the deal the PFL offered me was very, very fair.

And the opportunity to become a champion in 12 months, that’s exactly what I was looking for.”

“…If I went to another organisation, I would’ve had to fight my way up, I’m not saying it couldn’t be done, but I love the format these guys put out.

Also they’re on ESPN, so it doesn’t change my audience, they can see my fights the exact same way, it just really made sense.”

In addition to citing the PFL’s tournament format for his decision, Pettis also said this.

“Not trying to make this sound bad, but Anderson Silva, one of my idols, to see how he ended in the UFC, I’m like, you know I think it’s time for me to make a change and get that fire ignited again, and find some new goals and some new competition.

And it was just perfect timing with my contract ending.”

While the UFC is a bigger platform – it’s the world’s biggest MMA promotion – there does seem to be more upside for Pettis by signing with the PFL.

If he had stayed with the UFC, Pettis would have needed to record multiple wins, in a ridiculously deep lightweight division, before contending again.

With the PFL, he has a chance to fight for a title in 2021 and earn a massive, $1 million check if he can win the tourney.

Since Anthony’s younger brother Sergio fights for Bellator, the consensus seemed to be the Viacom promotion would be the front-runner, in terms of signing ‘Showtime’.