After their planned bout for UFC 256 was cancelled, Amanda Nunes and Megan Anderson have a new date for their title fight.

Fans won’t have to wait too long into 2021 to see Amanda Nunes fight again, as the champ-champ is set to face Megan Anderson on March 6th. 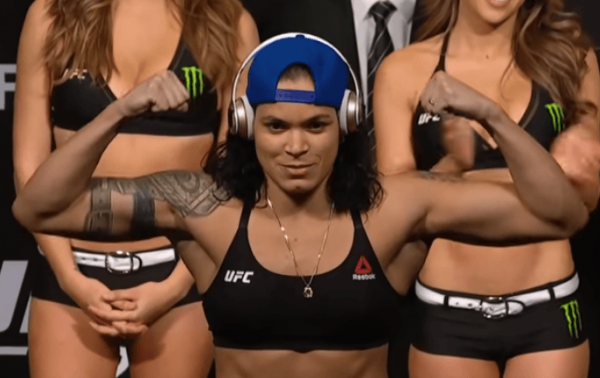 The bantamweight and featherweight champ was set to defend the 145 title against Anderson at UFC 256 earlier this month. But, health issues forced Nunes to withdraw and the fight was postponed.

UFC officials have confirmed to ESPN that Nunes – Anderson has been added to the line-up of the March 6th, UFC 259 card.

Nunes (20-4) will be fighting for the first time since June, when she worked her way to a decision win over Felicia Spencer. The champ-champ has won 11 in a row.

Anderson (11-4) has locked up a fight with Nunes thanks to back-to-back finishes of Zarah Fairn Dos Santos and most recently, Norma Dumont Viana. The former Invicta FC champ is 3-2 in her last 5 outings.

Here is the line-up so far for UFC 259, which has yet to receive an official venue or location (card via MMA Junkie).