LFA 95 is going down this Friday, and it will feature the debut of GLORY champ-champ, Alex Pereira, who holds a KO win over Israel Adesanya.

Hardcore MMA and kickboxing fans likely have LFA 95 on their radar, or at least they should, as it will feature the promotional debut of Alex Pereira. Not only is Pereira GLORY’s middleweight champion, but he is also the promotion’s interim light heavyweight champ….and, he is also the only man to KO Israel Adesanya in a pro fight. 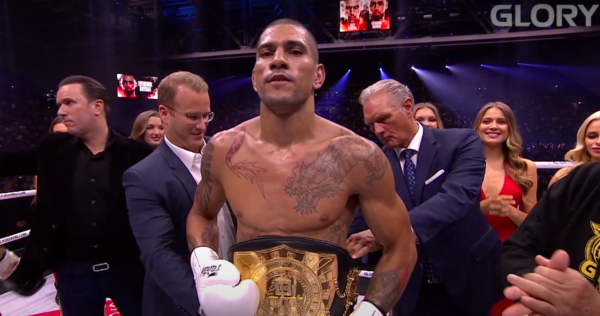 Pereira has been talking about returning to MMA for a little while now, as the feared striker hasn’t competed in a MMA fight since 2016. The 33-year-old Brazilian is going to do just that at LFA 95 on Friday, against Thomas Powell (4-4). Pereira has gone 2-1 to date in MMA bouts and in kickboxing, he holds a record of 40-6.

It will be interesting to see how Pereira’s MMA return goes, and if he wins, what unfolds from there. How often will he fight for GLORY versus MMA?
And might a big-stage promotion, like the UFC or Bellator, look at signing him. And how would that work contractually?

Pereira faced Adesanya for the first time in 2016, and bested the now UFC champ via decision. In their rematch one year later, however, Pereira devastated ‘The Last Stylebender’ with a booming left hook.

You can check out highlights of that victory here.