After a lengthy absence from WWE, Davey Boy Smith could return. And, Tough Enough winner Nidia was asked if she is done with pro wrestling

After almost a decade away from WWE TV, Davey Boy Smith Jr. could make a return. Also, does Tough Enough season one winner Nidia have any interest in returning to pro wrestling?

Fans likely remember “The British Bulldog” Davey Boy Smith for all his accomplishments in wrestling. He had a son who also entered the pro wresting business and even spent time with WWE.

Eventually, like so many others, Davey Boy Smith Jr. was released by WWE. His time in WWE ended in 2011, but there is a good possibility he returns.

While speaking to Sports Illustrated, Smith spoke about big plans he had for 2020. Then, COVID came around and changed the world.

Now, Smith can see himself returning to WWE.

“I think it’s definitely a possibility,” said Smith. “In addition to the WWE Hall of Fame, I was supposed to be touring regularly with All Japan Pro Wrestling.”

“I had a big opportunity with their Champion Carnival tournament in April, but I couldn’t travel to with the pandemic. I have a lot to think about and a lot of options to weigh, but I’m looking forward to seeing what transpires in my future.”

“A return to WWE is very possible.”

At 21 years old, Smith joined WWE’s developmental system in 2006 before debuting on the main roster. About two weeks into his main roster run and he was suspend for violating the Wellness Policy.

After that, Smith would only make sporadic appearances on TV. Then, the Hart Dynasty (Tyson Kidd and Natalya) were sent to the main roster as a trio.

On two occasions, they won the tag team titles. Eventually, they found themselves used less and less before ending their partnership in November 2011.

Smith would get released later that summer. He noted how working in WWE caused him to lose passion and debate retiring.

Instead, he would find better luck in Japan. Currently, he is one of the top stars of Major League Wrestling.

Smith has been spotted on WWE TV in recent years for special events like the Hall of Fame. He was going to induct his father into the WWE Hall of Fame 2020 class, but the ceremony has been delayed because of COVID and there is no word on when it might take place.

Smith is now 35 years old and improved greatly since his first WWE run. Brining in Smith might only be a matter of time as there seems to be interest from both sides. 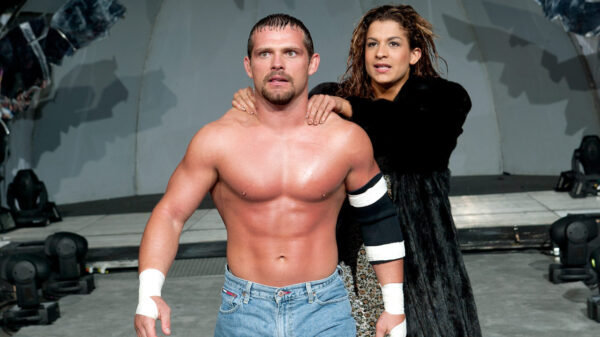 Speaking of names from the past, Nidia recently spoke to Fightful. Way back in 2001, Nidia was the female winner of Tough Enough’s first season.

As for her future, Nidia said she has “no desire to return to the ring or wrestle again.” Also, she noted how “no companies really reach out” these days.

After winning the reality show and some more training, Nidia returned to TV alongside Jame Noble. They were given the gimmick of trailer trash.

Like many before, the duo split and Nidia was released in November 2004 with a bunch of other talent. She only worked a few Indy shows, with her biggest exospore being a some appearances for Impact Wrestling.