There are a couple of pivotal, lightweight fights coming up, and Dan Hooker really wants to add a scrap with Justin Gaethje to the schedule.

It remains to be seen who Justin Gaethje fights next, following his submission loss to Khabib Nurmagomedov last month. But, Dan Hooker has made it very clear, he really wants to be the next man to face the former interim champ. 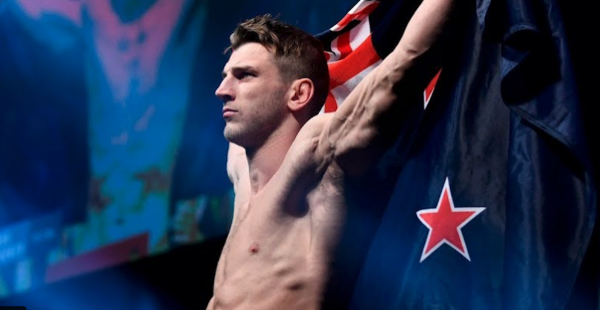 Hooker says Gaethje bout “lights a fire under me”

Gaethje was booked to fight the lightweight champ Khabib at UFC 254, after he stopped Tony Ferguson this past May to win the interim belt. Gaethje came up short against the undefeated fighter, however, and it’s not known yet, who he’ll face next.

Well, the same can be said for Hooker. The lightweight contender is coming off a decision loss to Dustin Poirier in June, in what was one of the year’s best fights.

More recently the New Zealand fighter spoke with MMA Junkie, and the 30-year-old left no confusion about whether he wants to fight Gaethje.

“Hands down, I want the Gaethje fight,” Hooker said. “Just to me, as a fan of the sport, watching it from the outside, having Chandler turn down the Ferguson opportunity in December kind of takes away a lot of that gung-ho mystique off of him.

He was coming into the UFC from another organization saying, ‘I’ll fight anyone, I’m ready to go, I’m ready to step in for the title.’

He stands on the scale and essentially makes weight and that rules him out of a fight against Tony Ferguson which, you beat Tony Ferguson, you pretty much position yourself as that next guy in line for a title shot.

“For him to turn down that opportunity because he stepped on a scale and made weight, like how tough is it for this guy to make weight?

For me, it’s not a difficult thing. Making weight for me is fairly straightforward, fairly easy. So that, to me, kinda takes a lot of the mystique off the guy.

Him saying he’s ready to go, he’ll fight anyone, ‘Oh wait, I don’t want to fight Tony Ferguson.’ So even for me, fighting Chandler, it takes a lot of the hype that’s behind Chandler away, so it makes him less appealing to fight.”

Hooker didn’t stop there, however, as he also said this about a Gaethje fight.

“One hundred percent Justin Gaethje,” Hooker said. “Whenever he wants to go, that’s the fight I want. I feel like Chandler has lost the mystique around him, so it’s that Gaethje fight.

I feel like that’s the fight that lights a fire under me.

You watch him fight, the way he fights, the way he knocks people out, the way he finishes different opponents and you can feel the threat so it makes it very easy to train for, when you’re fighting such a dangerous opponent like that.

So, there’s no question that on paper, there is a ton to love about a Gaethje – Hooker fight. It’s hard to imagine that fight not being widely entertaining.

But, you do have to wonder if the UFC might look at having Chandler fight Gaethje.

Although Chandler wasn’t on board with fighting Tony Ferguson next month, it seems clear the UFC wants to get the former Bellator champ a big fight. He served as the alternate for UFC 254 after all.