Derrick Lewis is widely regarded as one of the most powerful punchers in all of MMA. But, Curtis Blaydes doesn't sound too concerned...

Derrick Lewis has showcased on numerous occasions that he can turn around a fight and or end it, with just one shot. But recently Curtis Blaydes outlined why he’s not all that “impressed” with the punching power of the heavyweight contender. 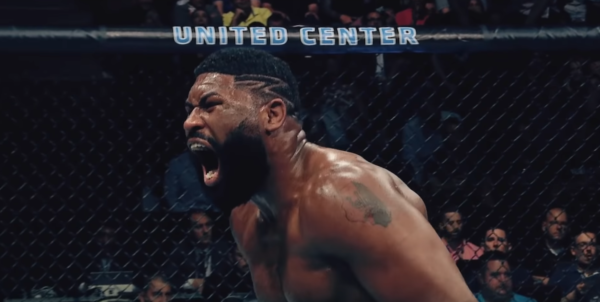 The 29-year-old Blayes is set to face the 35-year-old Lewis in the headliner of UFC Vegas 15, which will go down at the Apex Facility. The bout is an intriguing one on a couple of levels.

Not only is it a pivotal bout in the heavyweight division, since Blayes is ranked #2 and Lewis is #4, but due to the styles of both men. Lewis is widely regarded to be one of the most dangerous punchers on the UFC roster, while Blayes is one of the sport’s most explosive and dominant wrestlers.

Well, ahead of Saturday’s contest, Blaydes was asked to weigh-in on the power of Lewis, and ‘Razor’ said this (quotes via MMA Junkie).

“We’re heavyweights; power is a prerequisite,” Blaydes said. “I’m not overly impressed with it.

Yes. That’s what makes him predictable.

When he throws his rear overhand, he brings up his rear leg, and he ends up in a square stance, which is the worst thing to do against a guy like me, so there’s just so many holes in his striking.”

Now, even the biggest Lewis boosters would likely concede that the contender isn’t the most dynamic striker. But, as noted above, all Lewis needs is one shot.

Of course, Blaydes is very likely going to put his wrestling to work against Lewis. When asked about the fact, however, that Lewis has showcased an ability to get back up to his feet, Blaydes said this.

“The thing is, he’s getting taken down by everybody. Blagoy Ivanov took him down.

Everyone took him down, but these guys aren’t even good grapplers.

“When a good grappler takes you down, you don’t just get up. You need technique to get up, and that’s the thing: The UFC has protected him.

He hasn’t gotten a good grappler. Now he’s getting one. He’s not just going to stand up.

That’s disrespectful to all the years of wrestling I’ve put into my own game. I’ve worked too hard at this.

The muscle memory is too locked in. That’s not how it works.”

Now, it is worth noting that Lewis is coming off a stoppage win over Alexey Oleynik, who is one of the most dangerous submission artists in the game.

But, Oleynik doesn’t have the heavy base and ferocious top game that Blaydes does, nor is he as big as the contender. Blaydes is around the 265 pound mark.