The career of Antonio Faria for World Lethwei Championship has featured nothing but thrilling finishes and victories.

When it comes to putting on a show for fight fans, there may not be anybody better than Antonio Faria.

The reigning World Lethwei Championship light welterweight titleholder has made a career – and name – for himself by being a finisher.

Just a few short weeks ago, Faria returned to action for WLC at WLC: Lethwei Showcase. At the event in September, he was pitted against top contender Francisco Jos Vinuelas.

Following three rounds in which Faria put on an incredible display of striking and Lethwei, Vinuelas was unable to continue and called off the match himself.

For Faria, it was just another in a string of incredible, thrilling finishes since he joined the WLC.

In 2019, Faria moved up to the light welterweight division following a pair of wins. The decision allowed him to exchange his silver belt for the gold one, which he promptly earned by stopping Saw Htoo Aung.

The bout was the main event of WLC: Mighty Warriors. And just like the contest with Vinuelas, the constant pressure and offense of Faria was too much for his opponent to handle. 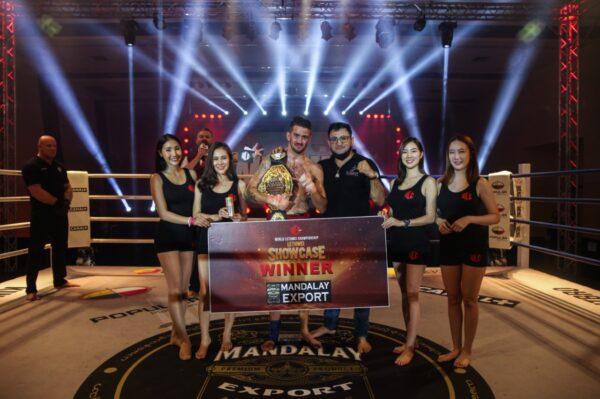 Faria capped off his 2018 debut season with World Lethwei Championship at WLC: Heartless Tigers in September 2018. That card featured a number of highlight-reel stoppages, but Faria again was one that garnered headlines.

In the third round of his lightweight bout with Nguyen Tang Quyen, Faria landed and finished his adversary. That same night, Saw Htoo Aung won the light welterweight title with a knockout of his own over Kyaw Zin Latt, giving us a bit of a preview of what would come later.

Faria began what would become an incredible four-fight win streak by finish at WLC: Knockout War when he forced the doctor to stop his bout with Mite Yine.

Relive the incredible knockout journey of Antonio Faria as he climbed through the WLC ranks to become a champion.