While there is reports that Ricochet could be departing the WWE soon, Shane McMahon made it known he might return.

Reports are circulating that Ricochet’s time inside the WWE ring could be coming to an end.

A veteran of the sport, Ricochet, real name Trevor Mann, was brought up to the main roster in 2019 with appearances on both RAW and SmackDown. He signed with WWE in 2018 and debuted on NXT.

The leading person speculated that isn't re-signing with WWE seems to be Ricochet. He signed on the dotted line very early January of 2018. The standard deal is 3 years.https://t.co/06nfQsqcHe

Prior to the move, the 31-year-old captured the NXT North American championship.

WWE officials brought Ricochet up alongside Johnny Gargano, Tommaso Ciampa and Aleister Black. Along with Black, the won the fourth annual Dusty Rhodes Tag Team Classic and challenged for both the RAW and SmackDown tag belts.

In conclusion, Ricochet joined WWE with lots of hype and he delivered in NXT. Once he was sent to the main roster, Ricochet was quick success.

But, like so many others, he lost some traction and now fins himself usually on the losing end. If Ricochet does leave, he will certainly find work.

All Elite Wrestling could be a great spot for. Ricochet. Or, he could join the NWA, Impact Wrestling or work overseas.

During his career, Ricochet has won titles in Dragon Gate, House of Glory, Pro Wrestling Guerrilla and New Japan Pro-Wrestling 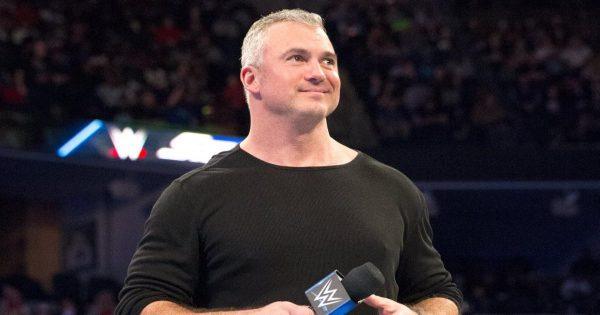 Despite his loss to Kevin Owens, Shane McMahon is not planning on hanging up the wrestling boots just yet.

McMahon has since re-appeared on RAW as the host of RAW Underground each week. While he has yet to compete, he discussed a possible return during After The Bell.

.@WWE is an amazing business to grow up in and be a part of. Performing against some of the greatest talent ever and for the fans worldwide has been an honor and a pleasure. Thanks @WWEGraves for the chat. @AfterTheBellWWE https://t.co/LCMnC1hRbK pic.twitter.com/lBF8iuBva5

“Never say never,” McMahon said (thanks to Wrestling Inc. for the quotes). “I’ll say that. It’s not about me right now, it’s about developing new talent or talent that is here and giving them a platform.

“If I can help out and have a good showcase with an up-and-coming talent, I’d love to be able to do that. Or an existing one or what have you.”

McMahon added that the situation needs to be “good and emotional.”

“It just needs to be, again, follow a good story and an emotional story,” he said. “Then how would you pull it off physically. I still got a few left in me.”

A minority owner and producer, McMahon first left the WWE in 2009 to focus on other projects and spend time with his kids.

“I kind of really came out of the business for my boys, my kids and it’s also the reason I really came back,” McMahon said. “If you can be a real life superhero for your kids, that’s a pretty powerful thing, and that was the opportunity that was given to me.”

Now 50 years old, McMahon won the European, Hardcore and tag team championships during his career. He met The Undertaker at WrestleMania 32 in a Hell in a Cell match, losing after 30 minutes of action.

McMahon also was the SmackDown commissioner for a period of time and helped his dad, Vince McMahon, in several of his main feuds.