Coach Believes Dan Hooker is Down to Fight Tony Ferguson

Now that it looks like Dustin Poirier and Tony Ferguson aren't going to fight, could Dan Hooker be an option for "El Cucuy"?

As it stands right now, it looks like Dustin Poirier and Tony Ferguson are not going to throw hands as hoped. Not any time soon anyway.

So, would fellow lightweight contender Dan Hooker be up to take on “El Cucuy”? According to his coach, Eugene Bareman, the answer is yes. 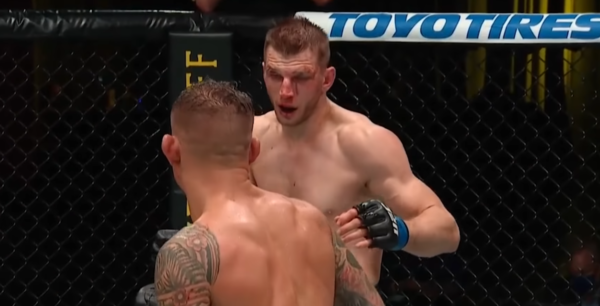 But, recently Poirier reported that he couldn’t come to terms with the UFC for the match-up, and Dana White also confirmed the UFC is moving on. Ferguson has called on the UFC to “pay” Poirier and get the fight done, but there’s no indication yet that will happen.

Well, recently Hooker’s coach Bareman spoke with Submission Radio. While talking about the possibility of Ferguson and Hooker throwing hands, the City Kickboxing leader said this (quotes via MMA Fighting).