To match WWE, Rey Mysterio has been offered an AEW contract. And, a video has people speculating about Tyson Kidd returning inside the ring.

While WWE has offered Rey Mysterio a new deal, AEW sent over a lucrative contract. Also, a recent video has spurred rumors of Tyson Kidd returning inside a wrestling ring.

Heading into Extreme Rules, there were several questions regarding Rey Mysterio. The biggest was if he would re-sign with WWE.

While nothing is official, WWE is close to signing Mysterio to a new deal. But, it should be noted that All Elite Wrestling (AEW) made a play for the popular superstar.

Not only did they try to sign Mysterio, but they matched WWE’s offer. In the Wrestling Observer Newsletter, Dave Meltzer went into further details.

“AEW’s offer equaled WWE’s per-match offer, but WWE’s deal was higher since it included more dates. We cannot confirm a time frame (of the contract), but it is said to be considerably longer than the previous deal (of 18 months).”

He continued that WWE did not offer Mysterio a five year contract, which is the number they like to use. At his age and history of injuries, Mysterio would never sign such a lengthy deal.

A sticking point for Mysterio staying around involves his son. While one career begins to fade, Dominik is looking to get going.

Before Mysterio returned to WWE, he worked the special All Out card in September 2018, losing in the main event. This was before AEW was formed, but the upstart promotion always had their eyes on the future WWE Hall of Famer.

Considering what the 45 year old has brought to the table, WWE would like to see a repeat with his son.

We know Dominik’s WWE debut will come against Seth Rollins at SummerSlam. Fans might see Mysterio, who has been absent from TV since losing an eye for eye match at last month’s Extreme Rules. 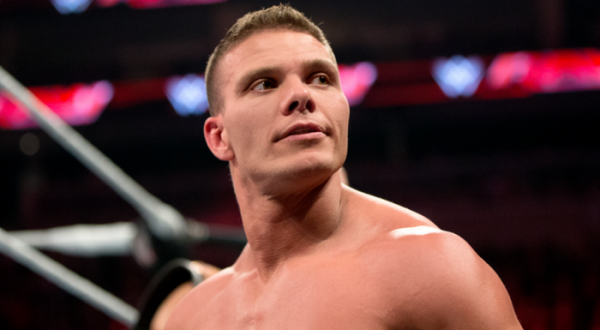 In recent years, we have seen superstars return from forced retirement due to injury. Edge and Daniel Bryan are probably the biggest names that come to mind.

Perhaps, Tyson Kidd could also join that list. His wife, fellow WWE superstar and longtime employee Natalya, posted a video of him working inside the ring.

TYSON KIDD HASN’T WRESTLED IN 5 YEARS BUT HE’S FINALLY BACK TO TRAINING IN THE RING AND IS IN INCREDIBLE SHAPE!! pic.twitter.com/BlDjJd7Rpi

In 2015, Kidd suffered a career ending injury during a dark match with Samoa Joe. The injury was seen as a freak accident and nobody blamed Joe.

Most people who suffer the same injury, do not survive. Kidd survived the surgery and was able to walk again.

Since then, Kidd has been given the job as a WWE producer. Considering his wrestling knowledge from the famous Hart Family, others are lucky to learn from him.

We will have to see if Kidd can get cleared to compete again. He did mention months ago about wanting one more time inside a WWE ring and suggested something like being an entrant in the Royal Rumble Match.