Ellen DeGeneres' potential replacement has just been revealed amidst reports that she is quitting her show after being accused allowing misconduct on set.

Over the past few days, reports have circulated that daytime talk show host Ellen DeGeneres wants to quit her job as host of her show. Numerous reports about both racial and sexual misconduct on set have come to light. Now, her rumored replacement has been revealed. 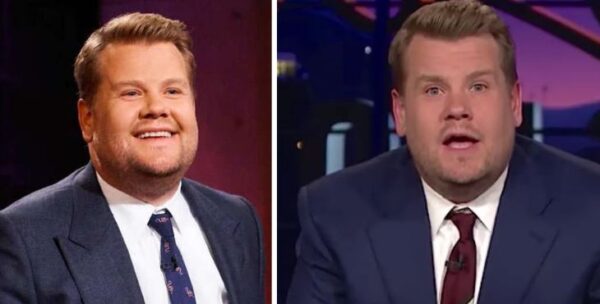 The Sun reported that late night television host James Corden may be replacing DeGeneres after she was accused by current and former employees of turning a blind eye to racism and sexual misconduct on her set.

Sources with NBC said that Corden was seen as “the long term successor” to DeGeneres even before she found herself embroiled in these scandals.

One insider said that NBC Entertainment Chairman Paul Telegdy is a “huge fan of James” and has him “‘high on his wanted list for talent and a long term replacement for Ellen.”

“This issue has fast tracked everything and made everyone look at the future today,” the source explained. “James Corden was being eyed for Ellen’s job in the long term before any of this came to light. Now this shocking new development places a spotlight on the next step.”

“James and his team have been trailblazers in modern TV, taking the once considered graveyard chat show slot into a cutting edge format with huge online, social media and global recognition,” the insider added. “In five years he went from unknown to A-list star and creative. Currently his CBS deal is only contracted until 2022 after he turned down a five year deal.”

“Paul is a huge fan of what James does on screen. He already has a huge devoted audience, global appeal and is loved by Hollywood,” the source concluded. “Replacing Ellen was always going to be a tough challenge, but he is a natural fit and easy transition. James would freshen up daytime and with a free hand would be allowed to build a new afternoon era.”

However, some people aren’t thrilled with the thought of Corden replacing Degeneres, here’s one for example:

I feel like James Corden was never in line to replace Ellen and someone just decided to choose someone that everyone would dunk on and quote tweet for more clicks. Imo.

And, then there are some who can’t wait to see Corden take over:

ellen is horrible in many ways & her show is being cancelled. jimmy kimmel & jimmy fallon have done blackface.
i think we can all agree that james corden and his parents should take over talk shows. pic.twitter.com/WGSeaheLuc

Another insider claimed that DeGeneres wanted to quit after months of reports alleging that she mistreats her employees behind the scenes.

“She feels she can’t go on and the only way to recover her personal brand from this is to shut down the show,” an insider at Telepictures told Daily Mail. “The truth is she knew what was going on, it’s her show. The buck stops with her. She can blame every executive under the sun – but Ellen is ultimately the one to blame.”

What do you think of James Corden being Ellen’s replacement?