Jimmie Rivera got back on track tonight at UFC Fight Island 1, by working his way to a pivotal win over Cody Stamann.

Jimmie Rivera ensured he remains in the top ten of the UFC’s bantamweight ranks tonight, by outscorig Cody Stamann at UFC Fight Island 1. 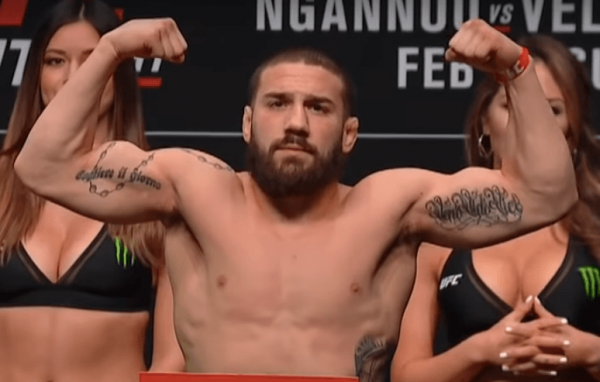 Rivera came out and winged in a thumping leg kick right out of the gate. Rivera pressured early and Stamann looked to counter. Mid round, Stamann slipped to the deck but moments later, he reversed the position and pushed Rivera to the fence.

As Rivera stood to his feet, Stamann started working with the foot stomps. Both men fired off some kicks and combos before the first frame ended.

Stamann shot in for the takedown immediately and briefly took Rivera down. The latter worked his way into reversal and in turn, briefly had Stamann down. The bantamweight contenders worked their way off the fence and started firing strikes. Stamann scored with a nice jab right before the round ended, and Rivera countered with a left hook.

Rivera came out pressuring again, but not long in, Stamann countered with a TD attempt. Rivera defended and pushed Stamann to the cage. Not much happened in the clinch, and the fight returned to the center of the cage. Rivera continued to move forward and remained the busier of the two.

Stamann shot in again but Rivera defended, and moments later he threatened with a guillotine choke. Both men winged big hooks in the final minute. Rivera scored with a nice hook before the final horn.

This fight is likely going to Rivera.

‘El Terror’ was indeed, announced as the winner via unanimous decision.

Here are the results so far for UFC Fight Island 1, which is taking place on Yas Island in Abu Dhabi.