The prelims are over for UFC 251, and they concluded with Jiri Prochazka scoring a jaw-dropping knockout of Volkan Oezdemir.

The prelims for UFC 251 have wrapped up on Yas Island, and they concluded with Jiri Prochazka turning heads in his Octagon debut. 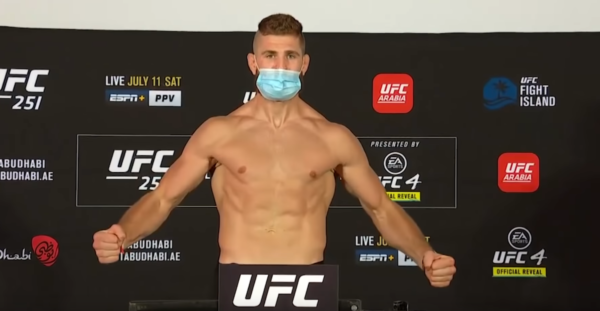 Prochazka ate some big shots early on, as taunted the former title challenger and kept his hands down low. But, in round two, the Czechoslovakian fighter stunned Oezdemir with a head kick, and then brutally knocked him out moments later with a huge right hand.

It was a memorable debut for Prochazka to say the least. The 27 year-old now carries a record of 27-3-1.

Here are the complete results for tonight’s prelims.