Royal Expert Details Harry’s L.A. Struggle And How He Gave Up His Happiness For Meghan

A royal expert has detailed that Prince Harry is struggling with the L.A. move and feels "lost" in Hollywood like Meghan Markle did in the U.K.

Earlier this year, Prince Harry and Meghan Markle shocked the world when they stepped down as senior members of the British royal family. Now, it appears that Harry may be regretting this decision. A renowned royal expert claims that he is now struggling in his new home of Los Angeles much the same way his wife did in the United Kingdom. 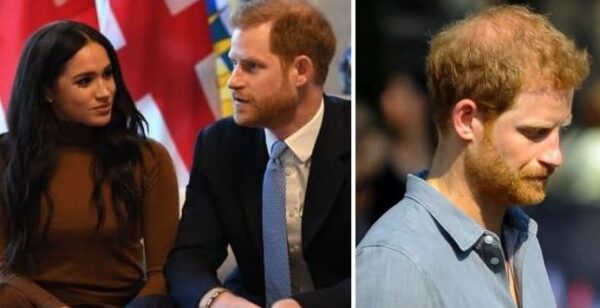 Tom Quinn, author of the book “Kensington Palace: An Intimate Memoir from Queen Mary to Meghan Markle,” said that Harry has been having trouble adjusting to his new life in Hollywood, which could not be a more different place from where he grew up.

“I’m not saying Harry absolutely hates it in America, but the point that’s been made to me is that there was this new exciting venture to get away from the British press and to make Meghan happy because she’s on her own territory,” he added. “But having got there, Harry does feel slightly lost because he is now experiencing in America what Meghan was experiencing here. What’s his role? He can’t take the labrador for a walk every day for the rest of his life. He can’t get a job in McDonald’s or for an investment bank, what’s he going to do?”

Twitter users are already giving their thoughts about the situation as well as rumors of Harry’s unhappiness continue to swirl.

Which will end the marriage FIRST?

To everyone who sees the actress and Harry formerly known as prince. Please note, these 2 do not represent most #Brits I cringe with embarrassment the fakeness of them both is very evident.
No amount of hands on their heart hand gestures will make me believe they are genuine.

RELATED: Prince Harry ‘Misses’ His Old Life As He Struggles To Adjust To Life In Hollywood

Quinn also said that part of the issue here lies in Meghan’s behavior, as her personality presents some problems for their long-term relationship.

“It’s always been a problem, early on in the relationship, Meghan is a dynamo, she’s full of positive energy that would sweep Harry along but once the honeymoon is over, you still have to fill the days,” he said. “So what are they going to do?”

After stepping down as senior royals in the spring, Harry and Meghan briefly moved to Canada before relocating to her hometown of Los Angeles, California. There, they have spent in quarantine in the $18 million Beverly Hills mansion of Hollywood tycoon Tyler Perry while looking for a home of their own in the area.

RELATED: Prince Harry ‘Cannot Believe How His Life Has Panned Out’ – Confesses ‘He Misses The Army’

A Dream For Meghan, But A Nightmare For Harry?

Meghan spent years trying to make it as a star in Hollywood with only modest success, so getting to return to L.A. as an A-list ex-royal is undoubtedly a dream come true for her.

For Harry, however, it might quickly be turning into a nightmare, as the fact that he has left everything behind that he knows and loves may slowly be dawning on him.

It remains to be seen how this will all turn out.