Acccording to reports the NWA is rumored to be shutting down. And why is PAC not back competing with All Elite Wrestling (AEW) yet?

Due to COVID-19 and recent allegations, Billy Corgan’s NWA is rumored to be shutting down. Also, is PAC getting close an AEW return?

NWA Promotion Rumored To Be Shutting Down

Raven told Hannibal TV that he is hearing Billy Corgan is shutting down the promotion very soon. Some of the issues come from David Lagana, a vice president for NWA, resigning in June following sexual assault allegations.

Pursuant to allegations made by pro wrestler Liz Savage on her Twitter account, 6/18/2020, NWA VP David Lagana has resigned his position, effective immediately. As well all production of NWA content is temporarily halted, pending a restructuring of executive management positions.

“I think Billy is shutting (NWA) down, from what I hear,” Raven said. “So yeah, and the thing is, Billy really does the booking. Billy does all the booking, at least he did with the Resistance Pro (Wrestling). He liked me there to have my wrestling mind so I can say yay or nay to ideas, you know, like if they make sense or they don’t. But ultimately, he was the final say on everything. As he should have been.

“I don’t know, I heard through the grapevine that Billy is not opening it back up and he’s disillusioned.”

“Ricky Starks passed up $1000/month from NWA for a new contract offer before he left the company,” the report stated. “The champion Zicky Dice was only offered $250 a month at one point, which was passed on. He’d later sign for the remainder of 2020 before being granted his release.”

NWA was originally founded seven decades ago in Waterloo, Iowa. Corgan, the lead singer of Smashing Pumpkins, purchased the name, rights, trademarks and title belts in 2017. 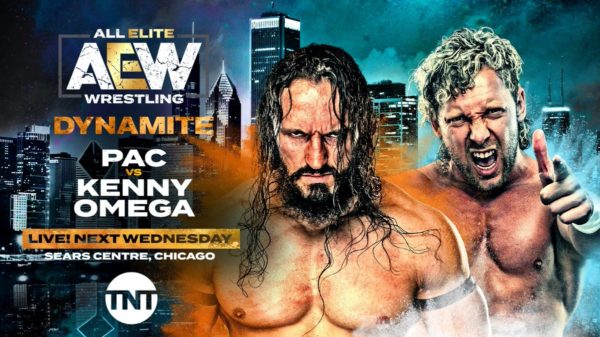 Another issue that the coronavirus has caused centers around Pac and the Lucha Bros in All Elite Wrestling.

The wrestlers were to form a stable called the Death Triangle and wreak havoc on AEW. However, once the pandemic hit, PAC was forced to stay away from the United States.

Tony Khan told the New York Post that the travel ban and mandated quarantine around the coronavirus has limited what the promotion can do with the wrestler.

“I really miss PAC a lot,” Khan said. “Right now the border is not a great situation. As I understand it, if he were to go back to England, if he were to come here and he was able to get in, do a quarantine after travel then he would also, when he tried to go home, he’d be in a two-week quarantine before he could do anything.

“So it just doesn’t seem like a sustainable situation right now because PAC lives in England, so until travel is sustainable and he could do what he used to do, which is come here and stay and do a few shows and then go back to England and really commute across the Atlantic, it’s very challenging right now.

“Until it becomes safe to travel back and forth for PAC to make those trips internationally, until the border is really ready, I don’t think we can rush him back even though we’d love to have him.”