Darren Till respects both Justin Gaethje and Max Holloway, but recently the middleweight referenced both men, while discussing his desire to avoid "wars".

Like most fans of combat sports, it sounds like Darren Till likes to watch epic battles in the ring and or cage. But, the middleweight contender’s explained why he’s hoping to avoid as many wars as possible, during his career. 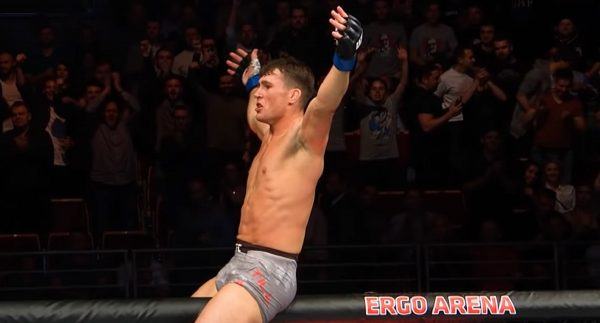 Till expresses concerns about fighters slurring

The Liverpool star is booked to fight Robert Whittaker tomorrow at UFC Fight Island 3, which will go down in Abu Dhabi. Due to the aggressive styles of both men, and their striking abilities, a lot of folks are buzzed for the match-up.

But, while talking to the media recently, Till made it clear that he’s not looking to get in a prolonged slugfest with the former champ.

“One big thing I’ve always known throughout my career, the wars take the toll on you, and whoever you are, you can see them taking the toll,” Till said.

“No disrespect, but when you look at guys like Justin Gaethje, and I look at Max Holloway now, and sometimes I seem glimpses of them slurring a little bit cause of the wars they’ve been in.

All respect to the wars, but it ain’t a smart choice when you’re fighting.”

“You want to sort of look in the direction of someone like Floyd Mayweather,” Till explained.

“Someone like that. He’s 40-plus [years old], whatever he is now, and he’s got all his brain cells because he hardly got hit.

I think anyone I touch anyway at middleweight, I found myself I’m going to hurt with that left hand but we’ll see.”

Now, Till isn’t the only person to raise concerns about Gaethje and Holloway, due the battles they’ve been involved in. But, both fighters and their teams likely have their own takes as to why the stars sound the way they do.

It should also be noted that Gaethje is coming off arguably the greatest performance of his career, when he stopped Tony Ferguson in May.

Holloway, meanwhile, is coming off a second, decision loss to Alexander Volkanovski. But, ‘Blessed’s’ performance was widely praised and many people score the fight for him.

And so, given Till’s comments above, it shouldn’t be surprising that he said the following, while discussing his hopes for Saturday’s bout.

It certainly has the makings of a fascinating bout. Will it go five rounds?