Anyone who has watched Josh Emmett fight knows he punches ridiculously hard. But, as he gets set to fight Shane Burgos, Emmett's made the case he's the hardest hitting featherweight.

Josh Emmett has demonstrated plenty of times that he can turn the path of a fight with just one punch. But how hard of a puncher is the featherweight?

Well, recently the former lightweight made the case that he’s the hardest hitting fighter at 145 pounds, period. 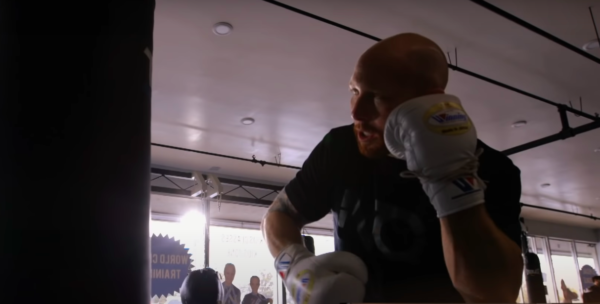 The 35-year-old is booked to fight fellow contender Shane Burgos tomorrow at UFC Vegas 3. It’s a pivotal fight for both men, as Emmett is currently ranked #8 in the UFC’s featherweight division and Burgos is #10.

Recently Emmett spoke with the media, ahead of the bout, and the fighter had a couple of things to say about the power in his hands (quotes via MMA Junkie).

“I always said I feel like I’m the hardest hitting puncher in the featherweight division,” Emmett said.

I’ve been an athlete my entire life, and I’m good at whatever I do, but I excel at wrestling, I excel in mixed martial arts and anything can happen in a fight, but I do feel like I’m the most athletic person in the division, as well.”

Yup, it’s not surprising to hear those stats. If you look at Emmett’s recent run, he’s KO’d Ricardo Lamas and Micahel Johnson, and he’s coming off a first-round, stoppage win over Mirsad Bektic.

Emmett has sights set on the top of the division

As noted above, tomorrow’s bout is a big one for Emmett. If he gets by Burgos, he will have won three straight fights. While talking about the match-up, as well as his plans for the future, Emmett said this.

“If I can just stick to a game plan and be 100 percent on and not make any mistakes in the 15 minutes, and the best me shows up on Saturday night, no one can beat me.”

“This is the fight game,” Emmett said. “I understand all the trash talk and stuff, but that’s not me. I’m going to go in there, I’m going to look to finish the fight, and I’m exciting every time I fight whatever I’m doing.

I feel like a big win Saturday night, and I make another statement then I’ll get that push I deserve. I want someone in front of me this time instead of being the gatekeeper, fighting all these prospects and all these vets behind me. I want someone at the top.”

When you hit as hard as Emmett does, he’s a player in any fight, no question. It will be interesting to see if he can halt the rise of Burgos, who has won three in a row.