Marlon Moraes is looking to battle Dominick Cruz in his next fight. But if you don't think that fight makes sense based on the UFC's rankings, "Magic" may have some words for you.

Marlon Moraes has yet to fight in 2020, and recently the former WSOF champ let it be know he wants to fight Dominick Cruz. Not only that, Moraes made it crystal clear he doesn’t care about where he and Cruz are sitting, in the UFC’s ranks. 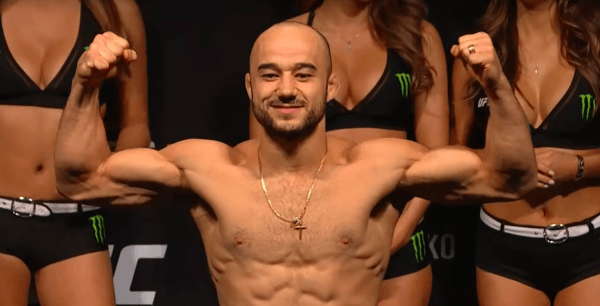 Moraes calls for bout with Cruz

The 32-year-old Moraes hasn’t fought now since he scored a tightly contested, some argued controversial, split decision win over Jose Aldo. That victory returned Moraes to the win column, after he was stopped by recently retired, bantamweight champ Henry Cejudo last June.

Well, while talking to MMA Fighting recently, the contender reported he’s looking to throw hand with Cruz next. Here’s why.

“I have a lot of respect for him,” Moraes said. “In my opinion, he’s one of the best of all time. The timing’s perfect. He just come off a title shot, he lost but Dominick’s a legend.

Everyone wants to fight him. I thought maybe they were going to have him fight Aldo but he has no opponent and he says he doesn’t want to retire. Why not fight him?

“I’m the No. 1 [ranked], if I’m going to risk it, why not risk against a guy like him? Hopefully he takes the fight.

If he doesn’t take it, I’ll fight anybody but hopefully he takes it. It’s a big fight and it could put one of us in a very good position.”

But what about the fact Moraes is sitting in the #1 spot, and Cruz is #11? One could argue that he has much more to lose than to gain, based on that fact?

“I don’t give a f**k about the rankings,” Moraes said. “That’s Dominick Cruz out there. I want to fight him. It makes a lot of sense.

Put us together and it’s going to be a great fight. I’m telling you guys I’m going out there to finish. I’m going to finish my next opponent.

“I think I’ve got all the weapons to beat him. He’s a very good matchup for me. I’m looking forward to fighting him and finish him. I want to finish Dominick Cruz and show who is the best 135er in the world.”

It’s a really interesting proposal, and you can understand why Moraes doesn’t care about the rankings. If he were to beat Cruz, it would be a significant addition to his resume. Even if the renowned fighter has lost two in a row, and may not be the force he once was.

So, you would think, as Moraes alluded to, Cruz will be down. If he can beat the former WSOF champ, he’ll be right back in the title shot mix.