WWE superstar Kairi Sane gave a beautiful tribute to her friend Hana Kimura during Raw. Several fans picked up on the amazing message.

Near the end of May, the sad news arrived that wrestler Hana Kimura tragically took her own life. Now, her friend WWE’s Kairi Sane paid tribute to the wrestler in a beautiful way during Monday Night Raw. 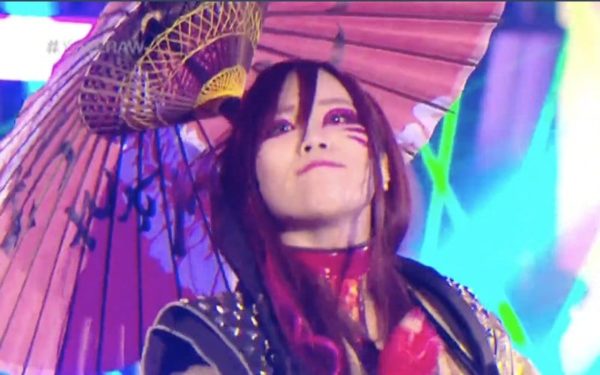 Fans who do not speak Japanese may not have picked up on the subtle tribute, as it was written in Japanese on Kairi’s umbrella. The message read: “Hana Chan, Thank You.”

Shortly after fans translated the message on social media, fans responded to the beautiful gesture. 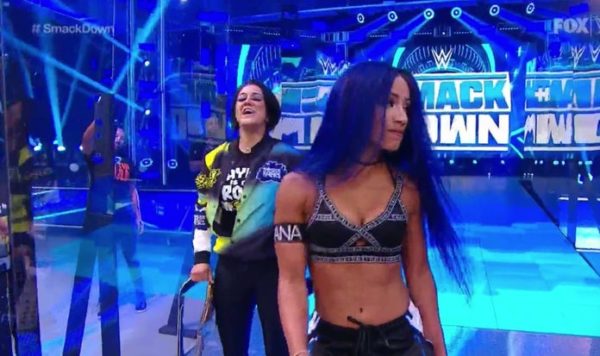 The Boss Sasha Banks also paid tribute to Hana Kimura in her own way. As you may have guessed, fans spotted the tribute immediately, as The Boss’ ring gear now includs an armband with “Hana” written on it.

Aside from the visible tributes, countless wrestlers responded to the sad news of Hana Kimura’s suicide. Some of the most prominent included Paige, Nia Jax, Chelsea Green, Big E, Rhea Ripley, as well as many others.

2x -. We are a family and what happened to Hana could of been avoided. Breaks my heart to see. So show some love please to anyone that’s in our world or yours. Please tag a wrestler below and show them they are so loved immensely!

Most wrestlers in the WWE encountered bullying at one point, including WWE superstar Paige. Female wrestlers tend to be subjected to most of the hostility, whether it is body shaming or attacking their wrestling skills.

Of course, male wrestlers are subject to bullying, too. As social media users, we all have a responsibility to remember there is a person behind the online persona, a person that can be hurt by your comments.

The Tragedy Of Hana Kimura’s Suicide 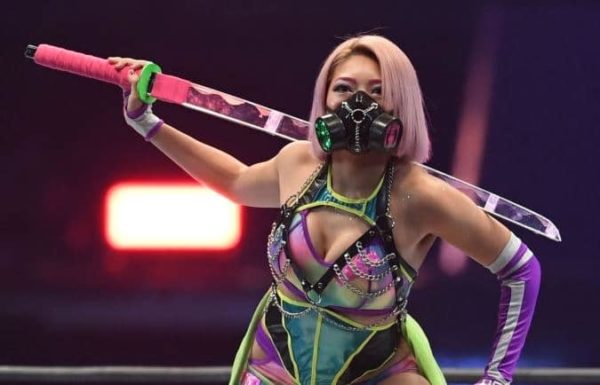 After an appearance on Terrace House, a Japanese reality show, Hana Kimura fell victim to cyberbullying. The wrestler eventually could not cope anymore and decided to take her life.

On the night of the tragedy, Kairi Sane picked up on the fact that there was something wrong with Hana, and informed Jungle Screamer and Rossi Ogawa. Unfortunately, help came too late.

“I was able to notice her tweet right away because it was afternoon in the United States by the time difference and I called Jungle Screamer and Rossi Ogawa with Io immediately. Kyona went with all her might. However… I didn’t make it in time.”

Sane later took to social media and stated she lost an “irreplaceable companion.” Hana Kimura took her life at the very young age of 22… 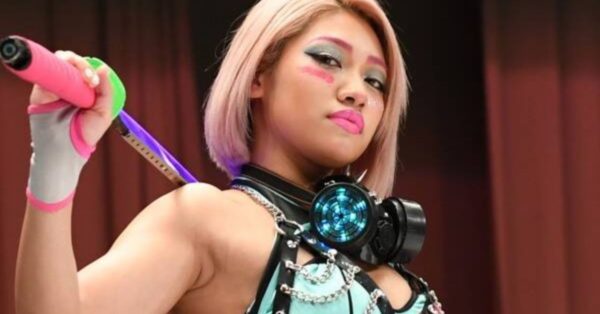 At the time of Hana Kimura’s suicide, there were little consequences for cyberbullying. Online bullying is a worldwide plague, but some of the worst incidents take place in Japan, India, the United Kingdom, and the United States.

Hana Kimura’s suicide appears to be a turning point for cyberbullying in Japan. People all over Japan called for more serious punishments for cyberbullying, as it affects so many young people every day.

While the population of Japan is starting to push back against the cyberbullying culture that led to Hana Kimura’s suicide, there is still a lot that needs to change.

If this article has affected you and you are having thoughts of suicide, call the National Suicide Prevention Lifeline at 1-800-273-8255 (TALK) or go to SpeakingOfSuicide.com/resources for additional information and help.