It’s been a chaotic few weeks for Dana White and the UFC, on account of the coronavirus pandemic, and exchanges with stars like Jorge Masvidal and Jon Jones. So, that’s likely why the UFC President didn’t seem all that shocked, while discussing Conor McGregor’s retirement announcement. 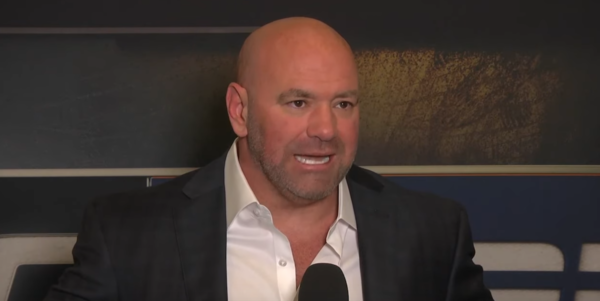 Not long after UFC 250 wrapped up on Saturday, McGregor announced he’s walking away from fighting. In a follow up interview with ESPN, the star reported that he’s not excited with the “game” anymore, and he expressed frustration about the fact his next fight hasn’t been booked.

While White was talking with the media last night (prior to McGregor’s interview with ESPN), he was asked to comment on McGregor’s retirement. Here’s some of what he had to say, while also discussing the recent issues Jones and Masvidal have expressed, regarding their pay (quotes via MMA Fighting).

“The world is a crazy place right now with all these things that are going on. I think that everybody feels this right now.

There’s no fans, you can’t travel to fights, and I think everybody’s pissed off, confused, been locked up in their houses for three-and-a-half months, people are wearing masks, there’s protests, there’s riots — the list goes on and on.

But here we are. We pulled off our fifth fight. No other sports are going but us, and one of the beautiful things about this sport is, you don’t have to fight.

“If these guys want to sit out and retire right now, or anybody feels uncomfortable in any way, shape or form, with what’s going on, you don’t have to fight. It is all good.

So if that’s what Conor McGregor is feeling right now, Jon Jones, Jorge Masvidal, I feel ya. It’s not like I’m going, ‘Holy sh*t, this is crazy, this is nuts.’

And, while talking about McGregor more specifically, White stated this:

“He’s been wanting to fight,” White said. “He’s frustrated because he wants to fight. I’m sure that’s a piece of it. …

Who do you fight, and where do you fight Conor McGregor right now. ‘Fight Island’ isn’t even up and running until July.

So if you look at all the problems to run a business like this, multiply it by a f*cking million, and that’s where we are right now, and there’s a lot of other sh*t that goes on behind the scenes right now.

It’s a wacky time to be the first guy to be putting on live sports when a lot of people, who are nutty as hell, didn’t want you to.”

We shall see what happens

It’s not surprising to see White pulling the ‘no one has to fight’ card again, as he’s been saying that a lot lately. But, you know the UFC and its ownership group will be deeply concerned if McGregor does indeed, stay on the sidelines.

He remains one of the sport’s biggest stars, and a rematch with Khabib Nurmagomedov or a championship bout with Justin Gaethje, would generate massive revenue for the indebted ownership group. This is why White has said McGregor’s next for a title shot, even though a lot of folks don’t believe he should be next in line.

Based off McGregor’s comments on why he is retiring, it certainly sounds like that could change. Especially if and when the UFC is able to start holding events with fans, and no restrictions.