Chael Sonnen has come to the defense of Joe Silva, after several fighters aired grievances they had with the former UFC matchmaker.

Recently several fighters shared out some of the issues they had with former UFC matchmaker, Joe Silva. But, Chael Sonnen is defending the former Zuffa executive, and arguing Silva was just doing his job. 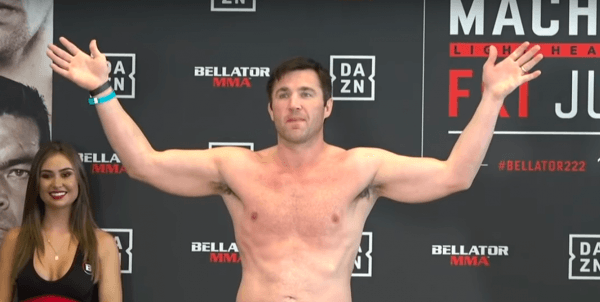 Sonnen comes to the defense of Silva

Recently several veteran fighters like Gray Maynard, Jon Fitch, Brendan Schaub and Eddie Alvarez, shared stories they had about Silva, and why they had issues with him during their UFC runs. The social media round prompted the hashtag #JoeSilvaStories.

In the case of Alvarez, he claimed that Silva did not want to give him a title shot, after he beat Anthony Pettis. Alvarez was booked to fight then champion, Rafael dos Anjos, anyways, and he stopped him to win the belt.

Well since then, Sonnen posted a video on his YouTube channel, in which he defended Silva. Here’s some of what the “The American Gangster” had to say (quotes via MMA Junkie).

“He was really good at what he did, and Joe really deserves a lot of compliments for that,” Sonnen said. “Some of the stories from the guys that have been coming out are very mean, and they were very mean because somewhere along the way Joe had hurt their feelings, and this was like that payback of sorts.

But I don’t know that if you listen to these guys’ stories, and they were largely telling them on social media, you will also probably miss there’s tongue in cheek in some of these stories. There was an appreciation for the attitude and the way in which Joe Silva did things.

“I have my own Joe Silva stories, but they were all positive. Some of them were very similar to the guys whose feelings show. I just got it.

I got Joe from the beginning, and I get he was a hard worker with a ton of stuff to do and like anybody, there’s only so many hours in the day.

I also understood there was a very big human element to Joe’s job that Joe did not naturally fit. Joe had to become the bearer of bad news. He wanted that job; he put on great matches for all of the fans and viewers.”

Sonnen also had this to say about Silva, and his role as a matchmaker.

“When you don’t have time to do all the nice and the letdown and the this and the that, you just have to come in and pull Band-Aids off because then you’ve got to move one locker room down and do it two more times before you get across the hallway and do it three more times all before the press conference.

There’s so many things, and that job went so fast. He was short in his time, made him get to the point and, sure, it could make it rude.

But the bottom line is everything was equal. Yeah, Joe had to give you bad news. But Joe was the guy that called in the first place to make your dreams come true. That gets forgotten over time, and all you remember is the negative interaction.”

So, it will be interesting to see if other fighters come forward and share stories about Silva, positive or negative. One thing is certain, for a long time, Silva was one of the most powerful and influential people in all of MMA.