Yes, the headline bout between Dave Leduc and Seth Baczynski was memorable, but World Lethwei Championship fans were left talking about another fight.

As tends to happen from time to time, the “Fight of the Night” at the 2019 WLC 9: King of Nine Limbs came from outside the main event.

Yes, the headline bout between Dave Leduc and Seth Baczynski was memorable, but as WLC fans filed out of the Mandalar Thiri Indoor Stadium in Mandalay, Myanmar back on August 2, 2019, another bout was all they were talking about.

In that contest, Sasha Moisa earned the WLC light middleweight title with a thrilling decision victory over Artur Saladiak.

Moisa made his WLC debut back at WLC 7: Mighty Warriors when he finished Shwe Yar Mann in the third round. The native of Ukraine began his career at the early age of 13, excelling in multiple areas of combat sports.

A champion around the world, Moisa made his way to WLC with hopes of claiming gold there.

Saladiak, a native of Poland, began his career in a different venue completely, playing soccer for several years. However, after an injury ended his run there, he found other ways to better himself.

Also a world-traveler like Moisa, Saladiak signed with WLC in 2017, earning a win over the previously undefeated Soe Lin Oo in the main event of WLC 2: Ancient Warriors from the Thuwunna Stadium in Yangon, Myanmar.

Saladiak followed that performance up with a victory over Alex Bublea at WLC 3: Legendary Champions a few months later.

At WLC 5: Knockout War in 2018 from the Wunna Theikdi Indoor Stadium in Naypitaw, Myanamr, Saladiak became the first-ever WLC light middleweight champion when he defeated Saw Bo Oo in the fourth round.

Making his first title defense against Moisa, Saladiak entered off a torn ACL that had sidelined him for several months. He was greeted with a thunderous attack from Moisa that left him on the canvas looking for answers early. 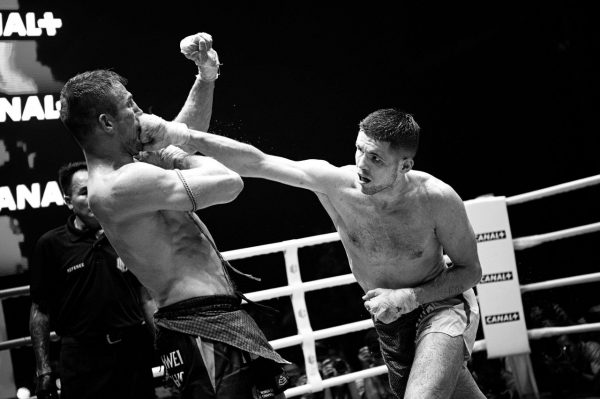 Saladiak, though, recovered and did his best to get back into the contest. Bloodied and bruised, he did just that, pushing Moisa for the remainder of the bout.

Moisa used his precise striking to out-match the brawling tactics of Saladiak, claiming a decision after five rounds and 15 minutes of action that night.

While Saladiak walked out on the losing end, there were only winners involved in this one.

The card was also memorable in that it streamed live on UFC Fight Pass, allowing WLC fans around the world to see first-hand the incredible action between Moisa and Saladiak, along with the rest of the lineup.