Seth Rollins comes to the defence of the WWE once more after the mass releases on Black Wednesday. This has not been well received by fans.

While most wrestlers and fans are outraged by the mass firings on Black Wednesday, Seth Rollins has once again come to the defense of the WWE. Unfortunately, his statements were not well-received by the thousands of outraged fans.

Rollins took to social media to disclose his opinion on the mass releases on Black Wednesday. He started by saying he was heartbroken for WWE staff that was released, but soon changed his tune in defense of World Wrestling Entertainment.

Here is the statement Seth Rollins made on social media:

I understand where Seth is coming from, but this is not the time to come to the defense of a company who released some of its most loyal employees. Mike Chioda, one of the referees fired, was with the company for more than 31 years!

There is a time and a place to come to WWE’s defense, and this is not the time. Let people be angry for their beloved wrestlers, you still have your job.

Some Fans Defend Rollins’ Statements, While Others Are Outraged

Of course, not everyone is seeing the statements from Seth Rollins as negative. Some believe the main message was to lift each other up, instead of being negative towards the WWE.

Seth’s following has not been too critical of the messages, but others have utterly destroyed the wrestler on social media:

Oh my god. Seth Rollins is seriously one of the dopiest and blind bastards in wrestling.

Such a talented guy but his tongue is so far up Vince McMahons ass. More interested in defending WWE than the fact his friends are out of work for NO REASON. https://t.co/XYEsTI1xzI https://t.co/aREDPlGK4Y

Roman Reigns famously said in the past that Seth Rollins is ‘misunderstood‘ and I certainly think this applies here. In my opinion, he is suppressing his own compassion for his colleagues in order to be a good employee.

When you work for a company that fires people left and right and almost makes you beg for opportunities, no wonder you would make statements such as the ones made by Seth.

Nevertheless, it doesn’t take away from the fact that many of these loyal wrestlers who defended the company for years lost their job when they outlived their usefulness. 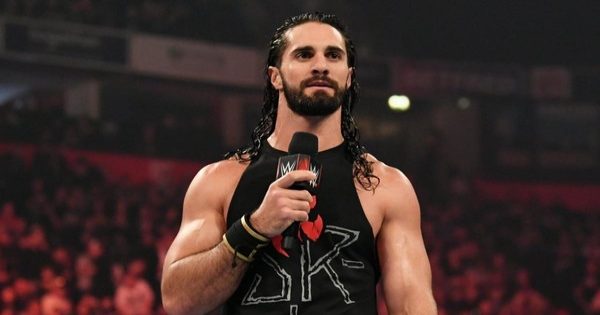 Seth has a real passion for wrestling and is arguably one of the best wrestlers in the company today. Unfortunately, he does have a tendency to put his own foot in his mouth.

It is not the first time that Seth has made an unfortunate statement that outrages fans. Just a couple of months ago, he accused his critics of being jealous of his relationship with Becky Lynch.

While I can’t see into Seth Rollins’ mind, I think he honestly believes that coming to the defense of the WWE time and time again puts him in a safe position.

I would not be too sure about that, especially when you look at the loyal and supporting wrestlers that were fired on Wednesday.

Let me just say that I don’t believe Seth Rollins is a bad or evil person. However, his ambition and statements often make fans believe he is.

The best remedy against statements such as those is to just ignore them. Instead, support the statements of wrestlers that were released during the mass firings, who can really use the support right now.