Although Khabib Nurmagomedov is currently stranded in Russia, if the UFC can find a way to get him to UFC 249, the champ insists he's ready to fight Tony Ferguson.

Since Khabib Nurmagomedov confirmed he remains in Russia, where a travel ban’s in place, some folks have questioned whether the champ could still fight Tony Ferguson, April 18th, if something changes. Not only that, some people, like Ferguson and Conor McGregor, have accused Nurmagomedov of heading back to Russia as a means to avoid the scrap. Well, in a recent interview, the undefeated fighter made it clear that if there’s a way to get to UFC 249, he’ll be more than ready to face Ferguson. 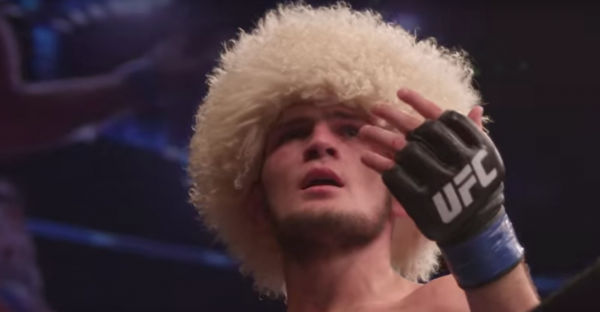 Recently all signs have been pointing to Nurmagomedov vs. Ferguson getting cancelled, again, since the lightweight champ is stranded in Russia (due to the travel ban that’s been enacted to battle the coronavirus pandemic). As noted above, that development has prompted some people to question whether Khabib is willing to fight on April 18th, if somehow, he can get to UFC 249.

“I’m gonna fight, but don’t tell me I have to fight nowhere. Where? Fly to U.S. For what? If they say we have a show, of course, I’m going to go. But right now, even if I want, I cannot go out from Russia. I cannot go in to U.S.”

There you have it. Now sure, the champ’s detractors will claim he’s just saying this, but that narrative doesn’t hold up to much scrutiny. In Nurmagomedov, we’re talking about a fighter who has never lost, who has agreed to face Ferguson five times now, and who also went out of his way to secure a bout with “El Cucuy”.

Khabib’s also claims that he was told UFC 249 was likely going to take place in the United Arab Emirates, and that’s why he decided to leave the U.S. Other people, including his father and his coach, Javier Mendez, also talked about this a little while back.

But, when you consider April 18th is two weeks away, and that more restrictions are being enacted by governments to battle the pandemic, not less, it’s really hard to imagine Khabib fighting at UFC 249. Case in point, the champ also said this.

“Is April 18 possibility?” Nurmagomedov said. “Every day I train. Every day, morning and night. I have a gym in my house. But right now, I am one of the biggest stars in the UFC. I am the undefeated, undisputed UFC champion. This is a not a regular fight. How is it 16 days before the fight and I don’t know the location? What is this? This is not professional.”

Yup, considering the circumstances and the ongoing pandemic, no one should blame Nurmagomedov if he decided to not fight at UFC 249, even if he could leave Russia.