Are top WWE Superstars taking time off? That's one post-WrestleMania rumor. Also, when will we see Lance Archer debut for AEW? 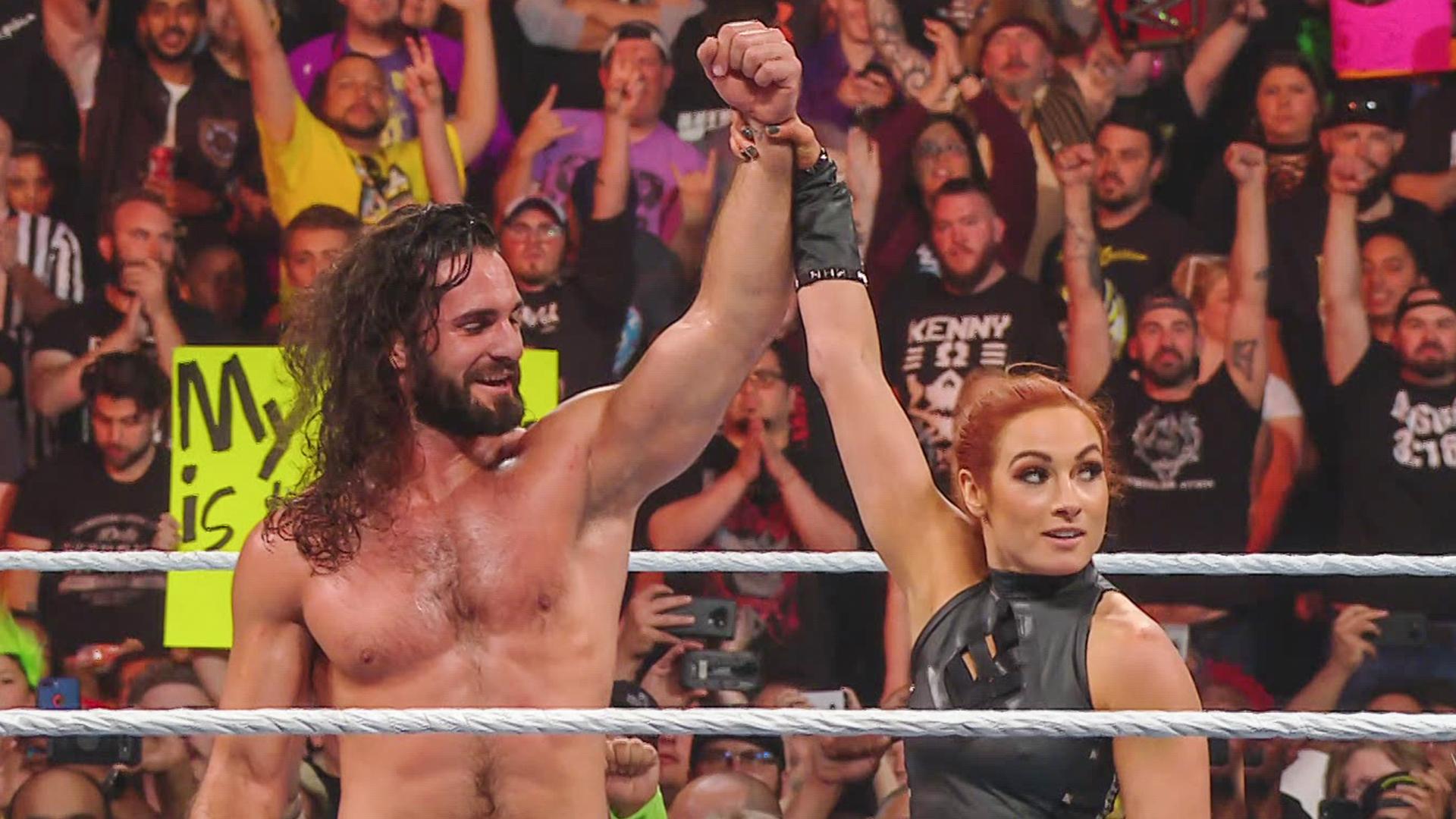 According to Forbes.com, we could see a couple top WWE Superstars taking time off following this year’s WrestleMania. The concept is not necessarily unusual. WrestleMania generally marks the conclusion of programs, so if someone were to want time off, following the biggest show of the year isn’t a bad choice.

Those two Superstars? That would be Becky Lynch and Seth Rollins.

The two are a couple, of course. Rollins and Lynch got engaged last year after a relatively brief romance. WWE doesn’t always confirm Superstar relationships, but the company acknowledged this one. The relationship was chronicled via WWE Network specials, as the couple were shown backstage after certain PPVs. The pair was also open on social media, so there was no sense in hiding.

In the case of Becky Lynch, she is the current RAW Women’s Champion. It is expected she will defend against Shayna Baszler in Tampa. The actual challenger will be determined via the Elimination Chamber match on Sunday. If Lynch is expected to be taking time off, then it’s reasonable to assume whomever wins on Sunday will be winning the belt at WrestleMania.

Giving Becky some time off may be good. She had a scorching run as one of the company’s top draws, so allowing her to rest and recover and refresh makes sense. It would also allow her a chance to perhaps get married, if indeed Seth is also getting time off.

The timing for the Monday Night Messiah is a bit more interesting. While he’s not currently a champion, he is the leader of a prominent new group. As such, he’s involved in one of the top non-title programs. It would be interesting to see how WWE would write him off television, but it would not be impossible.

Will fans miss them? That’s a different story…

Imagine being the WWE and being tied to these two as your top stars. It’s hopeless.

Which would be worse: AEW losing Chris Jericho or Raw losing both Seth Rollins & Becky Lynch?

When Will Lance Archer Debut?

Before this week’s episode of AEW, it was expected that former WWE and TNA star Lance Archer would debut on the show. That show has come and gone, and there was no Archer debut.

According to the Wrestling Observer, there may have been some last minute creative changes happening, hence the delay in the debut. Regardless of the delays, Archer is indeed on board. He will be debuting with AEW in the near future, though no debut date has been confirmed to this point.

There is speculation that AEW will tie Archer to Jake “The Snake” Roberts. Roberts alluded to a mystery client on the Wednesday show, so it’s entirely possible that was the cause for the delay.