After Robert Whittaker had to drop out of a planned bout with Jared Cannonier earlier this month, it looks like the former middleweight champ's going to battle Darren Till next.

After Robert Whittaker dropped out of UFC 248, it wasn’t clear when we’d see the former middleweight champ fight again. But, now it’s being reported that the Australian star will likely face Britain’s Darren Till this summer. 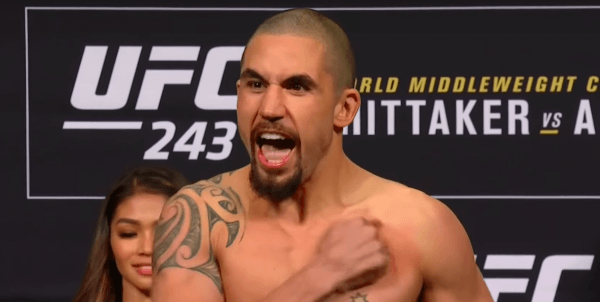 Whittaker – Till planned for UFC Dublin

Following Whittaker’s (20-5) stoppage loss to champion Israel Adesanya last October, he was supposed to fight Jared Cannonier at UFC 248 this past weekend. But, a little while ago, Whittaker dropped out due to undisclosed reasons, prompting speculation about when we would see the star return.

Well, now ESPN’s reporting that Till and Whittaker have agreed to throw down at the UFC’s August 15th card in Dublin. Contracts haven’t been signed quite yet. But, the bout is expected to materialize.

If this bout happens, it’s a solid addition to UFC Dublin, no question. Both men are aggressive, rugged fighters and the winner will stay in the title shot mix at 185. If Till can win, he very likely could secure a championship fight appearance.

It’s also good to hear that Whittaker’s going to be back in training camp, and fighting in the not too distant future.

UFC 249 Will Reportedly Take Place on Tribal Land in California, State Commission Will Not Participate