Drew McIntyre is about to face Brock Lesnar for the WWE Championship. He urges people to tune in and escape the current coronavirus crisis.

Entertainment is now more important than ever. The WWE and the entertainment it gives can certainly provide relief during the Coronavirus pandemic. Drew McIntyre agrees and asserts that the WWE is a form of escapism.

Why Entertainment Is So Important During The Coronavirus Crisis 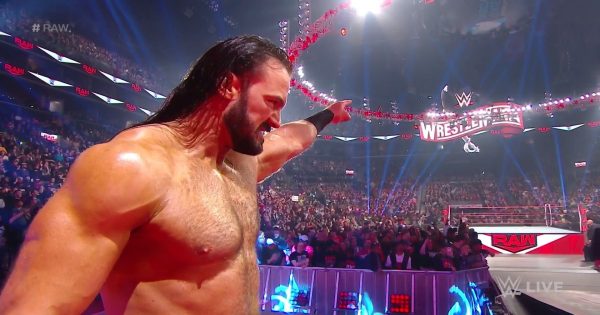 “Everybody needs to lay low for a little while, and whatever keeps you entertained within your house is absolutely essential. That’s why I’m so proud of what we’re doing with the WWE right now. We can provide everybody with some unique content, some unique entertainment to take their mind of things. We will do what we can for as long as we can to take people’s mind of things.”

McIntyre is certainly right when he mentions how important entertainment is during these trying times. People are isolated at home will a lot of time to be with their own thoughts. A little bit of entertainment is all people need to escape from the current situation – if even for an hour or two. 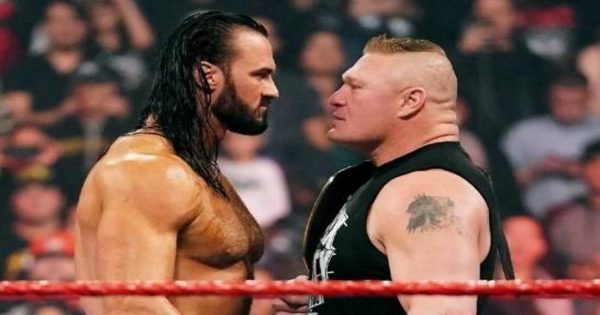 WrestleMania 36 will be very different this year. So, it is no wonder the WWE is concerned about their viewer ratings this year. Drew McIntyre is asking everyone for their support despite the different format and arena.

Drew states it is important for him to beat Brock Lesnar. He needs everyone’s positive energy to take down The Beast, so he hopes people will tune in.

Aside from the nice promo Drew gave in his interview, Drew becoming champion is more important than just a nice WrestleMania ending. Drew can do wonders with the WWE Championship, which has faded into the background a bit over the past couple of months. It is a shame that championships are getting less and less attention. If we have more prominent champions going forward, being a WWE champion could mean something again.

Interestingly, if Drew wins his championship match, he will become the first British WWE Champion. Evidently, this has Great Britain very excited, including myself.

Let me just say how crazy it has been in the UK since Drew McIntyre won the Royal Rumble. Despite the lack of audience, most of Great Britain will be tuning in to see Drew McIntyre defeat Brock Lesnar. We hope the rest of the world does, too.

So, with WrestleMania just around the corner, there are many things to look forward to for WWE fans. Grab yourself some snacks, before the shops run out again, and prepare yourself for the Showcase of the Immortals.

Can’t find your snacks? Make some of your own! Also, whether you are in lockdown or not, stay connected with other WWE fans around the world on social media. That way, you will not feel so alone!

UFC 257: Dustin Poirier Gets One Back From Conor McGregor