Although the amount of coronavirus cases in the U.S. has jumped past 100,000, UFC President is still moving forward with his plan to hold UFC 249.

Since April 18th is coming up fast, and because the coronavirus pandemic has yet to slow in the United States, a lot of people don’t believe UFC 249 is going to take place. But, Dana White says he has several locations in the running to host the April 18th event. 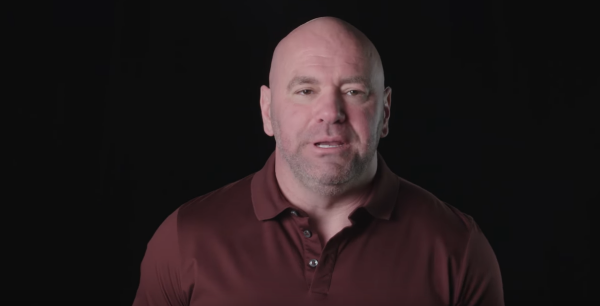 White claims he has “four or five” locations for UFC 249

The UFC was forced to cancel shows scheduled for March 21st, 28th and April 11th on account of the coronavirus pandemic, and restrictions on public gatherings and travel. But, White has repeatedly insisted that the promotion will find a way to hold UFC 249, and the highly anticipated fight between Khabib Nurmagomedov and Tony Ferguson.

Well, with April 18th now three weeks away, White has yet to announce where the card might take place. But, while talking to Mike Tyson recently, the UFC President reported this (quotes via MMA Fighting).

“I’m gonna try and pull off Tony vs. Khabib on April 18 and try to get some normalcy back in this country,” White stated. “Every day that I work on this thing, I get another curve ball thrown at me. Every time we plan something, it falls apart — I have to re-do it, re-do it.

So, it will be really interesting to see if White can make this happen. It seems clear, at this point, that he intends to, despite the criticism he’s received.

The key arguments against UFC 249 taking place are concerns that the fighters, their team and UFC staff could either contract the virus or help spread it. There’s also been questions raised about the UFC’s ability to provide medical attention to fighters who get injured at the event, if medical facilities are overwhelmed on account of the coronavirus.

White believes media is driving fear of the pandemic

Recently White drew fire from some people after he argued that the coronavirus can’t be avoided. During his talk with Tyson, White opined that the media is driving fear of the virus.

“Everybody’s running and hiding,” White said. “I’m one of those guys that would rather get out there and find solutions. How do we figure this out? How do we beat this thing?

“Listen, if you’re somebody that’s a high risk, you should probably stay away and stay quarantined for a while. What happens when flu season comes again next year? What happens then?

“I think that the media has made this thing scary,” White continued. “People are buying all of the toilet paper there is. If you just look at a lot of things that are going on, it’s wacky and totally driven by fear. It’s very weird.”