As GLORY gets set for its first card in 2020, the kickboxing promotion has shared out its best knockout of 2019 and the top five moments from last year.

GLORY Kickboxing will kick off its 2020 campaign this month with its 75th card, but in advance of that, the promotion’s shared out its best knockout of the year for 2019. In addition, GLORY has posted a video that includes the top five moments to go down in 2o19. 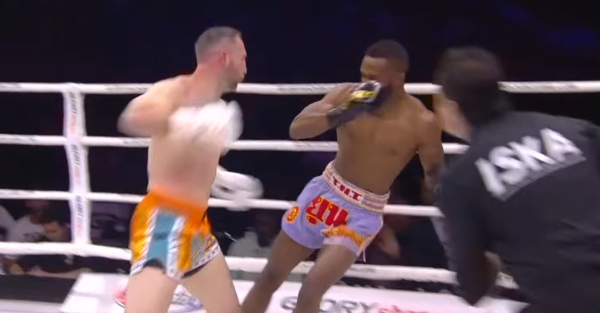 Best KO of the year

Recently GLORY announced that the knockout of the year for 2019 went to Ross Levine, who put away Thomas Diagne with beautifully timed, head-kick. Levine was making his promotional debut. That’s not a bad way to do it right?

GLORY also shared out the top five moments from the promotion’s 2019 year, which not surprisingly, included the highly anticipated rematch between Badr Hari and Rico Verhoeven. The latter won the bout despite taking some heavy shots, as Hari incurred a leg injury and could not continue.