WWE Security Tackles The Pastor From Lana’s Wedding On Raw

WWE security made a massive error during last night's Raw. The pastor was tackled by security guards who made a huge mistake!

It is a bad time to be an actor in the WWE. Even if you are just doing what you were hired to do, WWE security can tackle you at any moment. This is what happened to the actor who played the pastor at Lana and Bobby Lashley’s wedding.

Pastor Gets Tackled By WWE Security

Communication between backstage and WWE security is essential to ensure things run smoothly. According to reports, something went wrong in the communication department on Monday Night Raw. Security believed a fan was trying to get into the ring.

But, it turned out to be the actor who played the pastor at Lana’s wedding!

Fortunately, the actor did not get harmed (much) and was able to return to his job shortly after the break. The actor in question, Rick Malone, found the situation hilarious and took to social media later.

“This is what happened tonight at WWE/RAW: I needed to get into the ring in order to consummate the ‘Bobby Lashley and Lana Wedding’ (which was totally disrupted last Monday night in Hartford CT), but security prevented me, so I had no other choice but to dive into the ring headfirst. Security was not pleased! But the married couple was very happy! [heart emoji]”

Is Security Really To Blame? 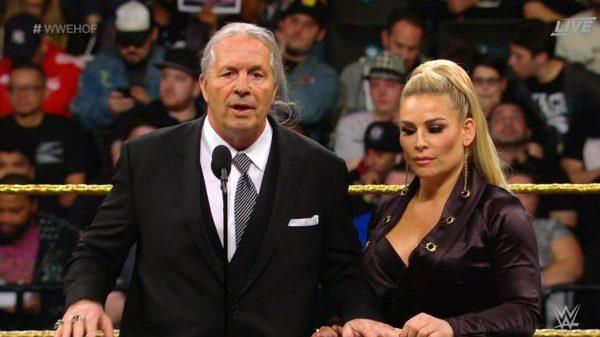 Let’s be honest, since the Bret Hart incident at the Hall of Fame, I’m sure WWE security is even more attuned all the time.

For those of you who do not remember, Bret was attacked during his HOF speech. During his speech, a man ran into the ring from out of nowhere and started attacking Bret.

Security and several wrestlers ran into the ring and subdued the man, who was promptly taken out.

Bret was able to finish his speech but certainly seemed a little flustered by the event.

Since weird things like the attack on Bret Hart can happen in the WWE, the security team did what they were trained to do.

I don’t think it’s a mistake on their behalf, as security didn’t know it was an actor who was heading to the ring. It could have been a crazy man, so they did their job and they did it well. The persons who are really to blame are those backstage, who did not inform security about the storyline.

Communication is so vital in wrestling, especially with planned segments, camera cues, and surprise storylines. When that communication breaks down, moments such as this can occur. We sincerely hope that none of the security guards got punished for what happened, as it does not seem they were informed. If anything, WWE should be impressed by their quick and prompt response.

Of course, special props go out to actor Rick Malone. Being surprised tackled by security guards can’t be fun and he could have been hurt in the process. Fortunately, he seems to find the humor in it all. Maybe he deserves a spot as WWE’s permanent officiator? There are certainly enough weddings to cover!

WrestleMania 36 In A Nutshell: Night One In The Bag