Holly Holm turned to her clich game tonight, rather than her renowned striking to record another win over Raquel Pennington.

Holly Holm returned to the win column tonight, by grinding her way to a victory over the always tough, Raquel Pennington. 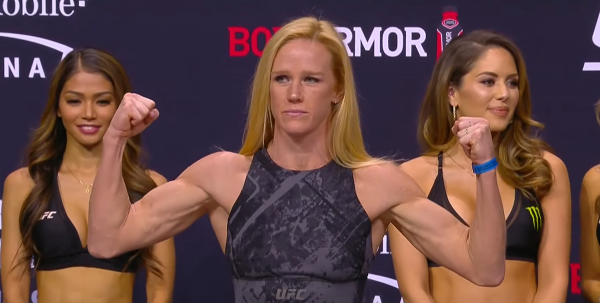 Pennington loaded up on some big hard shots in round three and eventually pushed Holm to the cage. The former champ reversed, however, and resumed her clinch work. The bantamweights threw more strikes in the third frame, and Pennington scored with a nice right. Holm planted a hard uppercut in the final minute, and Pennington scored with a left, but it was too little too late for the latter.

Holm ways away with a second, decision win over Pennington. Holm beat Pennington by split decision in 2015.