Diego Ferreira may not be a household name yet in MMA, but the Brazilian fighter took a big step towards changing that tonight, by defeating Anthony Pettis. 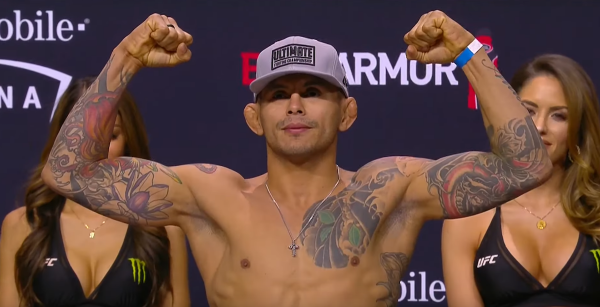 Ferreira came out pressuring right out of the gate and hunted for the clinch. Pettis was able to keep his distance early on and fired back some nice counters. Ferreira was able to take Pettis down a couple of times in the opening round, however, and scored points from that position.

Shortly into round two, Ferreira took Pettis down again and started looking to take the back of Pettis. After a few exchanges, Ferreira sunk in a rear-naked-choke/neck crank that forced Pettis to tap. It was a huge win for Ferreira which extends his winning streak to six.