UFC 246: Aleksei Oleinik Adds Another Submission Win to His Record

Maurice Greene came out firing big shots tonight against Aleksei Oleinik, but ultimately he fell prey to one of the renowned grappler's submissions.

Maurice Greene battle through a lengthy scarf hold choke from Aleksei Oleinik tonight at UFC 246. But, the massive heavyweight was unable to fight through Oleinik’s feared submission game in round two. 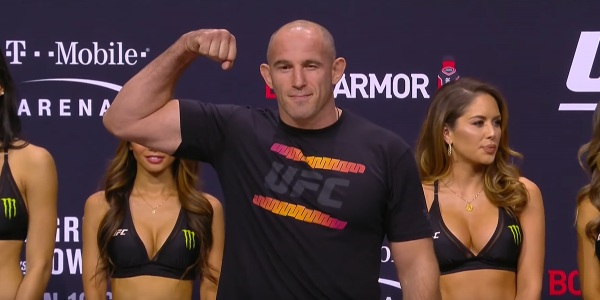 Oleinik scores yet another submission

Greene came out winging big kicks early on and managed to battle through one of Oleinik’s infamous scarf hold chokes in round one. Greene tagged Oleinik with some hard shots in round two, but the latter took the fight down again. Oleinik started hunting for chokes again, but he gave them up quickly, likely due to fatigue. Late in round two, however, Oleinik rolled for an armbar and Greene eventually tapped out.