Not Being Able to Make Fedor Emelianenko vs. Brock Lesnar Remains Regret For Dana White

The UFC has been the driving force behind many of the biggest fights in combat sports history. But, recently Dana White admitted that not being able to make Fedor Emelianenko vs. Brock Lesnar a reality, remains a regret.

For years, there was talk and hope that the UFC would be able to sign Fedor Emelianenko, and that we’d see the legend throwing hands in the Octagon. Well, by all indications, that’s not going to happen, and recently Dana White admitted he’s still upset that he couldn’t get Fedor vs. Brock Lesnar done. 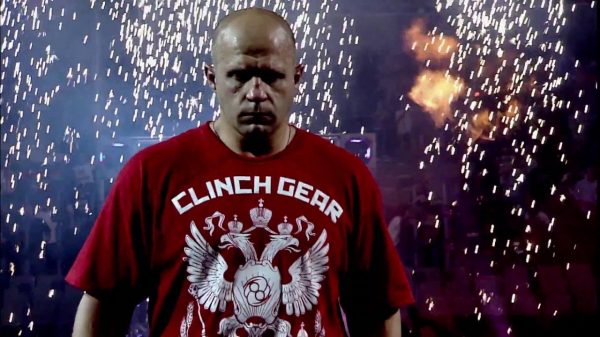 Recently the UFC posted an interview on its official site. In the interview, White was asked about what fight he wishes he could have made, which didn’t happen, and he said this:

The only fight that I wanted to make that was never made was Brock Lesnar vs Fedor Emelianenko. We were going to do it at Texas Stadium. But I couldn’t get a deal done with Fedor, so it never happened.

Yup. There’s no doubt that would have been a massive, massive fight. It still would be actually, even though neither man are the forces they used to be and both are now in their 40’s.

White’s 2013 comments about Fedor vs. Lesnar

In a follow-up report from MMA Junkie, White’s 2013 comments about trying to book a scrap between Fedor and Lesnar were added:

“We were in deep talks with (Emelianenko),” White said in January 2013. “We were that close to signing him recently, right before his dad died. We were right there. When I was talking about doing the big Dallas, Texas, stadium show? It was going to be Brock Lesnar vs. (Fedor Emelianenko).

“Remember when I met with him and said it didn’t go well? It actually went well. It went well, and Brock wanted to fight Fedor. Then (Fedor’s) dad died, and he was done.”

Now, it would be interesting to see if Fedor and his camp recall a deal being close. For a while, Emelianenko and M-1 Global were only seeking cross-promotional deals. But, more recently, Emelianenko has been fighting for Bellator without any reference to other organizations.

Is there anyway Fedor could end up fighting for the UFC before he hangs up the gloves? It seems really unlikely, considering he’s now 43, and is expected to retire after two more bouts with Bellator.

As far as Lesnar, there was no shortage of buzz about him returning to the UFC in 2018 and early 2019. Especially after he appeared at UFC 226 in July, 2018, and shoved Daniel Cormier. The UFC’s plan was to have Lesnar fight “DC” for the belt. But, then White reported the WWE star had decided to stick with pro-wrestling and that he’s done with MMA.