Jorge Masvidal's desire to take a big money fight - like one with Conor McGregor - versus a title shot, has been questioned by some. Well, "Gamebred" recently had some questions for his critics.

Jorge Masvidal has raised eyebrows, and prompted some criticism, by saying he’d rather take a big-money fight next then fight the welterweight champ, Kamaru Usman. Well, if you’re one of those folks who’s been giving “Gamebred” some flack, he has some questions for you. 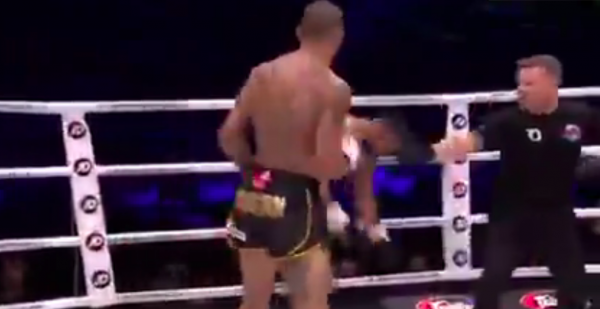 But, recently Masvidal has said that making as much money as possible is his number one priority right now. “Gamebred” has said he still hopes to win the welterweight belt, but he’s made it clear he’d rather fight someone like Conor McGregor. There’s no doubt that a gazillion fans would love to see that fight, but, some have questioned Masvidal’s position (further, some observers have opined that Masvidal is avoiding a tougher match-up in the form of Usman)

Well, Masvidal recently spoke with Fansided, and while discussing his desire to fight Conor, he said this (quotes via MMA Junkie):

“What is the big deal if this guy that’s been in the sport 16 (expletive) years goes on and gets a paycheck? I’m fighting a (expletive) killer, a two-time champion, a guy that’s a sniper with his left hand – and I’m also going to make a paycheck.”

“So what’s the problem with that?” Masvidal said. “There is no problem with that. It’s just some of the casual fans who have been watching the sport for three to five years, and they think they’re (expletive) diehard fans or hardcore fans. No, I’m the one.”

When you consider how long Masvidal has been fighting for, and that he’s now 35, no one should fault him for wanting to book as big as fight as possible. Especially right now when his star has never been shining brighter.

So what’s going to be next for Masvidal?

Based off what Masvidal’s been saying lately, it looks like he’s going to wait to see what unfolds at UFC 246. If Conor beats Donald Cerrone on January 18th, and then calls out Masvidal, look for that fight to happen.

If McGregor loses, however, or opts against fighting at welterweight again, then things will be less clear. Is Nick Diaz really coming back to fight Masvidal?