Michael Chandler returned to the win column tonight at Bellator 237, by quickly taking out Sidney Outlaw.

Michael Chandler was quickly finished in his last outing by Patricio “Pitbull”. But it was the former lightweight champ tonight who scored the quick stoppage, as Chandler quickly put away Sidney Outlaw. 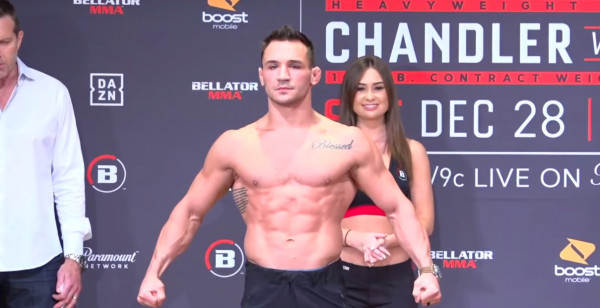 Chandler came out pressuring and tossed a couple of heavy rights. Chandler fired a couple of shots to the body of Outlaw as well. Outlaw threw the odd kick to the leg of Chandler and planted a nice uppercut. Moments later, Chandler sent Outlaw to the deck, face first, with a vicious straight right. Chandler landed a follow-up punch and the fight was called.

With the win, Chandler moved his overall record to 20-5.

Here are the results so far for Bellator 237, which is going down in Saitama, Japan.