NXT Holding The First Women’s War Games – What You Need To Know!

It is an exciting time to watch NXT, especially since the brand decided to hold the first ever women's War Games. Here are some of the details!

Since NXT is about to hold its first women’s War Games, it is time to take a closer look at the match and its competitors. If you are a loyal NXT viewer, you may already know everything there is to know about this match. However, if you are just tuning in, we have you covered!

Where Does The War Games Concept Come From? 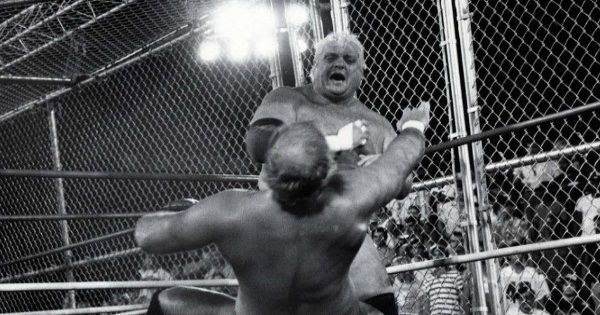 The War Games concept is far from new. In fact, it is believed none other than WWE legend Dusty Rhodes came up with the idea in the 80’s after watching Mad Max Beyond Thunderdome. It led to the first War Games match in 1987, dubbed War Games: The Match Beyond, organised by wrestling promotion the National Wrestling Alliance (NWA).

Interestingly, Elimination Chamber is actually a variant of the War Games match. Despite its success, the actual original format was not used until picked up by NXT in 2017.

What Are The Rules? 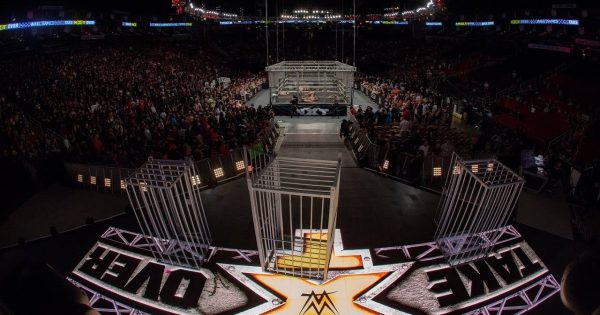 The concept of the match is relatively simple, even though it may look overly complicated when you look at the setup. There are several cages situated on the podium and two rings surrounded by a cage. Of course, the real interesting thing happens when the match starts.

A match like this can have several teams. Even though there can be three teams, NXT has used two teams so far. Participants can vary as well; this includes three to five people per team. Developmental has used four participants in the past. It is expected that this will continue for future matches.

One member of each team will start the match in their respective ring. The rest of the team members are locked into the cages on the podium. When five minutes have passed, one random member is released from the cage. You can compare this to the way wrestlers are released from their pods in Elimination Chamber. As the release of team members is “random”, the match can quickly turn in a 2-1 and even 3-1 handicap match. However, time will speed up once the first member is released from the cage. Each subsequent released wrestler only needs to wait for two minutes until they enter the match.

Originally, there was no roof to the cage of this match. However, NXT decided to go with a roofless version in 2017. Evidently, this allowed for some high-flying feats that have gone down in history.

When all the wrestlers are in the ring, the match continues until there is a submission, surrender, or a knockout. Later on, WCW and NXT changed the original rules and included pinfalls as well. 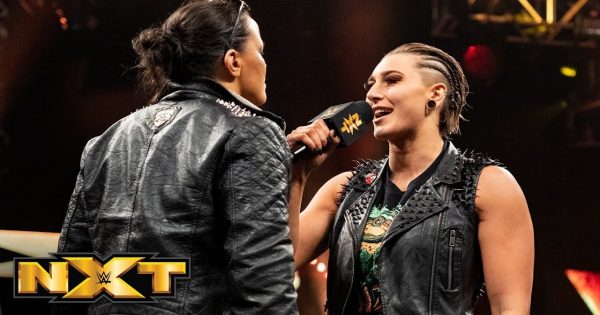 The women’s match will look quite similar to the men’s match. Even though it is the first women’s War Games match in history, the rules are not expected to change for this event.

Even though there are few details about the match at the moment, we can tell you that the teams will be led by Shayna Baszler and Rhea Ripley. Baszler is the current NXT women’s champion, while Ripley was the first woman to win the UK women’s championship.

In addition to the team leaders, some of the team members have now been revealed too. It looks like it will be a four on four match. For Rhea’s team, Tegan Knox, Candice LeRae and Mia Yim have been added to the mix.

Baszler has made some picks for her team too. It includes Bianca BelAir and Io Shirai, two top heels in the developmental brand. Number four is also not known yet and nobody really knows who Baszler will pick.

Interestingly, Baszler did not include her fellow Horsewomen Jessamyn Duke and Marina Shafir. However, she did mention she can use some friends on the outside, so it is believed that Shafir and Duke might run some interference during this match.

Has War Games Been Held In The Past?

Yes, there have been War Games in the past. In fact, the 2018 match was one of my favorite matches of all time. It included The Undisputed Era, Ricochet, Pete Dunne and the Viking Raiders (Then War Raiders). It was one of the most brutal matches in history and I have no doubt that this is the match that catapulted Ricochet and The Viking Raiders to the main roster.

Since the match contains a lot of variables, there is plenty of space to put in some surprises and some “heel” moments. If you have never seen a War Games match in your life, I wholeheartedly recommend looking at some of the footage from previous years. Imagine tornado tag being taken to a whole new level. Some parts are quite reminiscent to the ladder matches between Edge and Christian and the Hardy Boyz. It is really that insane!

Why Does The Main Roster Not Use This Match? 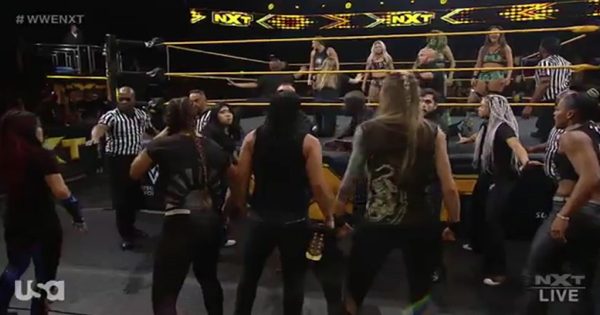 I honestly do not know. It could have something to do with the concept of Elimination Chamber, which is a variant of the original War Games. In addition to that, the match also takes two rings, which can be more difficult to set up for the main roster as they constantly travel. Of course, this does not mean this match could not be held during a pay-per-view.