There were two title matches and a huge gimmick attached to Saturday’s NXT Takeover: WarGames and the WWE Network exclusive as a whole was decent. Here’s a report on each match from Takeover: WarGames’ main card, with a grade attached. Don’t agree with a grade, then feel free to score the show.

This was an unadvertised match that had no right to be on a Takeover card. Matt Riddle’s Takeover debut was not memorable and Kassius Ohno now looks like a complete jobber. Matches on NXT TV every Wednesday last longer. Grade: D

Two Out Of Three Falls Match For The NXT Women’s Championship: Shayna Baszler vs. Kairi Sane 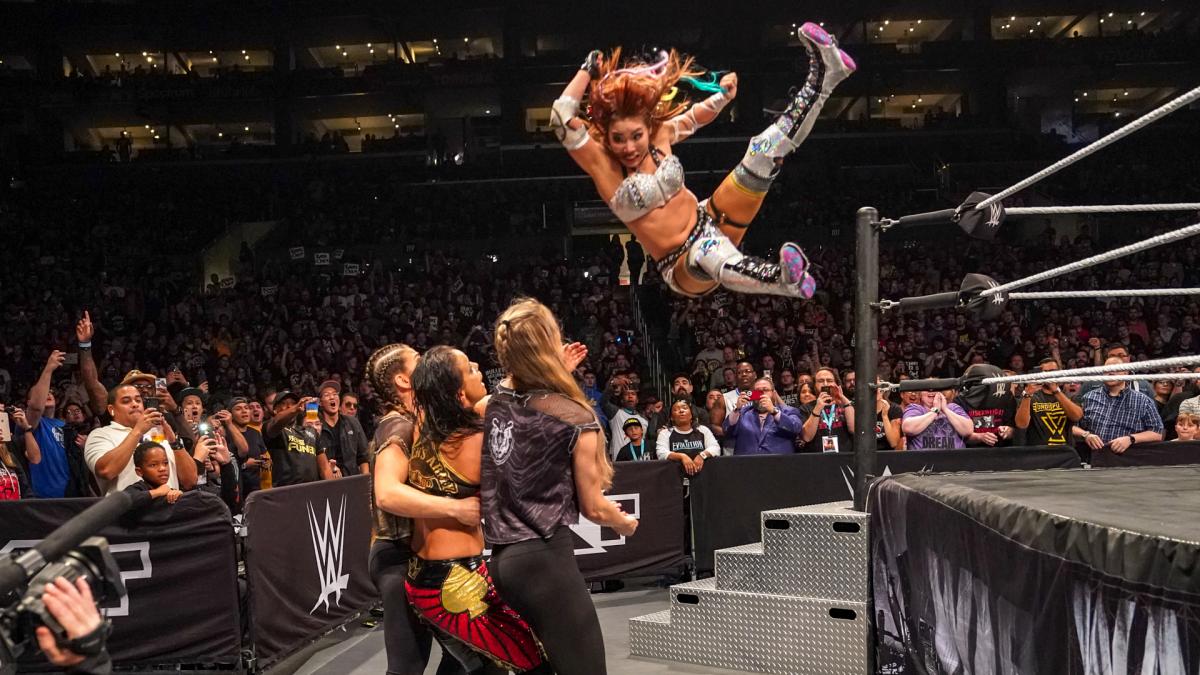 With both ladies tied at two wins each, the feud seemingly came to end in a two out of three falls match. We all knew Marina Shafir and Jessamyn Duke were going to get involved, so I was glad that happened early on. Still, WWE has built-up Shayna Baszler as such a threat that no outside interference should be needed. Dakota Kai and Io Shirai evened the odds, but the match at that point had spiraled out of control. Baszler topped Sane 2-1, but the biggest highlight was the moonsault to the outside by Shirai. I imagine a six person tag team match is looming. Grade: B- 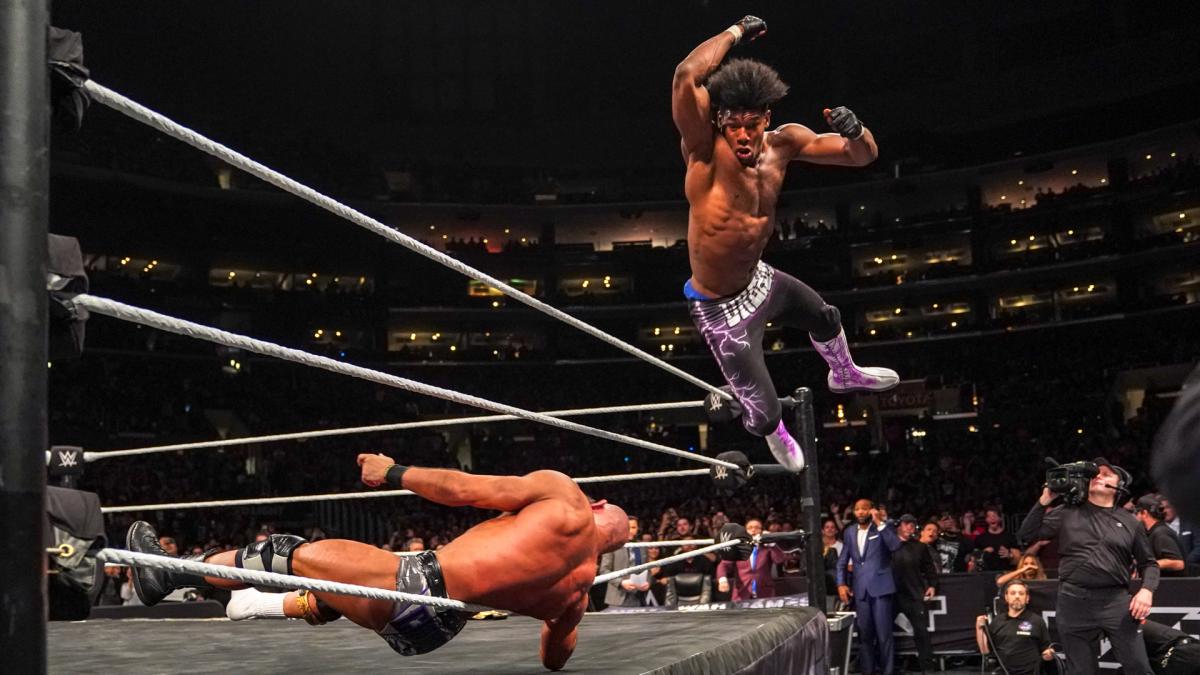 First off, interesting move on WWE’s part having Velveteen Dream Dream dressed and impersonating Hulk Hogan. It makes one think WWE is quietly getting ready for a full time return of Hogan. After a slow start, the match picked up in the second half as Dream started borrowing moves from WWE Hall of Famers Ric Flair and Bret Hart. The final few minutes is what the fans wanted to see. After the Death Valley Driver on the exposed concrete floor, a title change seemed to be happening. Instead, Dream went high risk too many times and the last elbow drop cost him the match. There is a decent chance Dream was legitimately injured when he hit the floor. Grade: A- 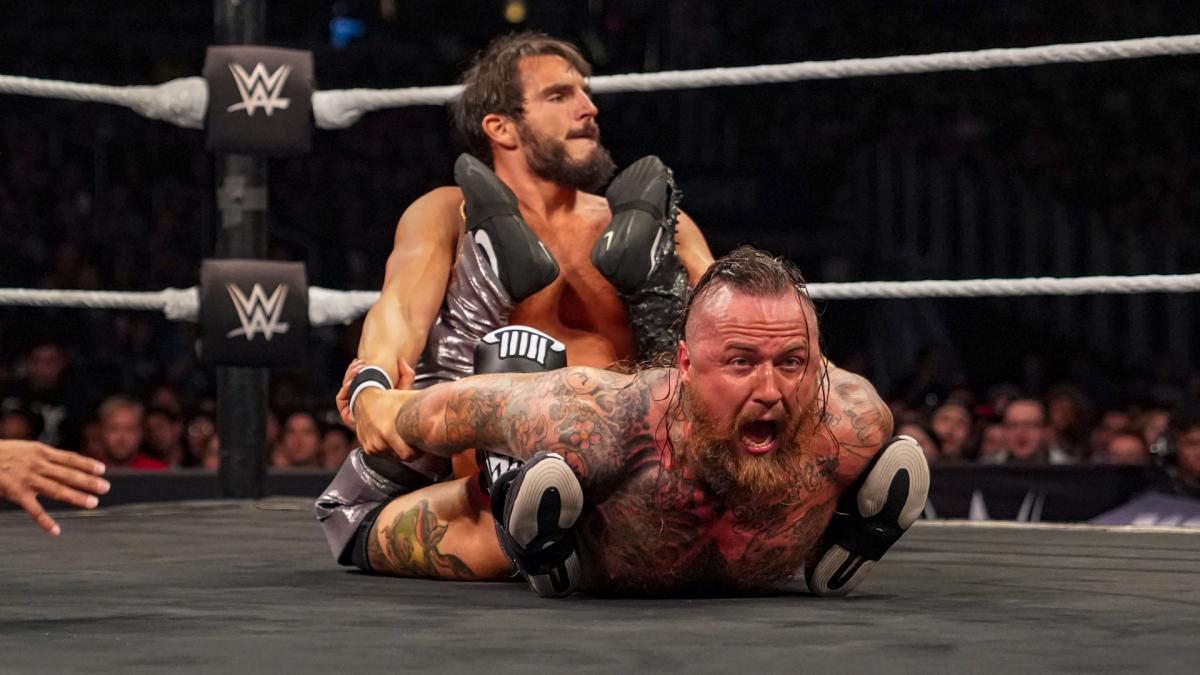 The feud between Aleister Black and Johnny Gargano goes back to months ago when Tommaso Ciampa was able to capture the NXT Championship. We saw a stiff match that heavily weighed in on the psychological aspect. This was probably the toughest match to predict as both needed the win to get back in the title hunt. But at the same time, a case could be made for either superstar to join the main roster. The ending with Black forgiving Gargano of his sins and finishing him with a pair of Black Masses should be enough to cap off the feud. Grade: A- 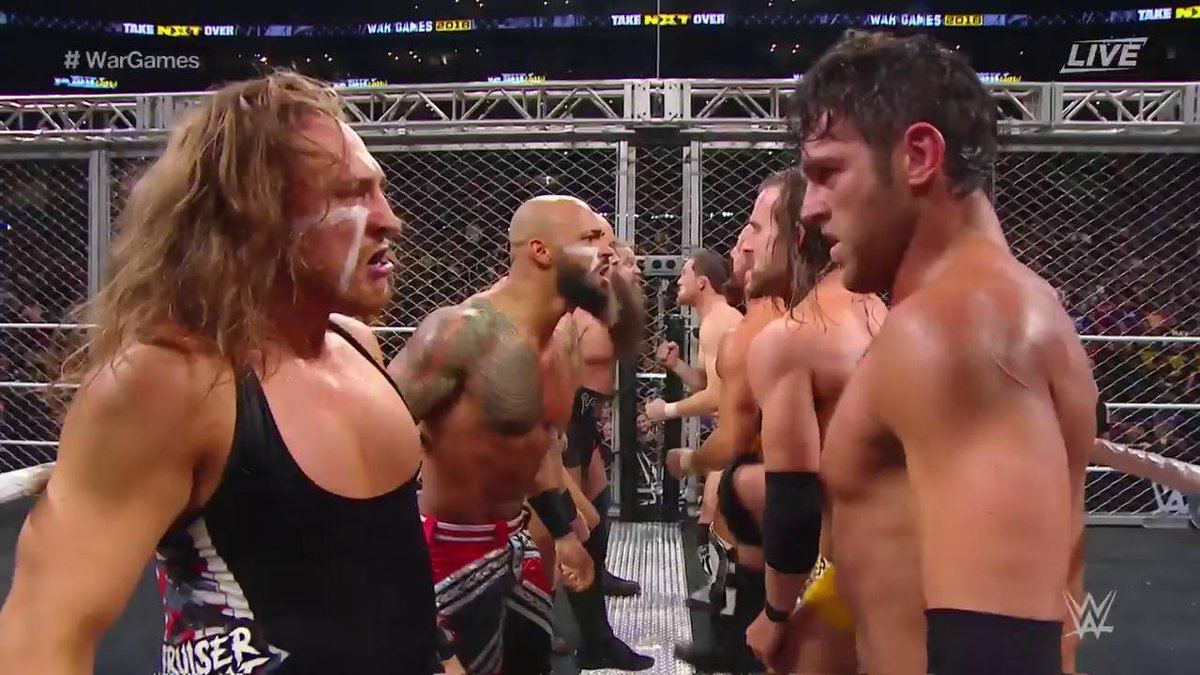 Whether it is WCW or NXT, WarGames is like watching a car wreck. If everyone in the ring does their job, then the match works; but it is easy for this type of gimmick to create a chaotic mess. Overall, both teams were impressive and they might have topped last year’s installment. You knew Ricochet would probably steal the match with something off the top of the cage, but the War Raiders and Pete Dunne were equally as impressive. All eight men came ready for war and they gave the fans more than they could have imagined. Undisputed Era might be the best stable in NXT’s history, but a trip to the main roster as a whole unit has to be happening in the next six months. Grade: A-