Recently both Frankie Edgar and Conor McGregor have been campaigning for a fight between the two. But, UFC President Dana White says it's not going to go down.

Frankie Edgar and Conor McGregor have both made it clear they’d like to throw down, and the “Notorious” star recently called on Dana White to book the all-star fight. But, in a recent interview White did, the UFC President shot down the proposed bout. 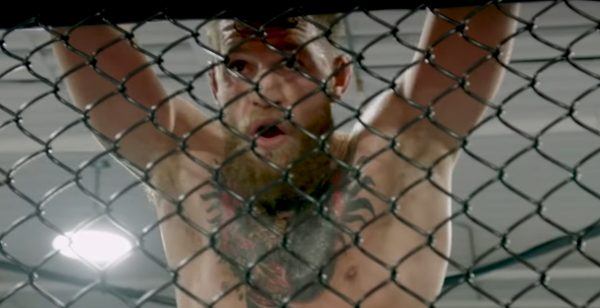 For several years now really, Edgar has repeatedly said he was interested in fighting McGregor. The latter also mentioned fighting Edgar as a possibility, and this past summer, McGregor named the former lightweight champ again, as someone he’d like to fight. Then, just this past week, McGregor called on White to make the fight happen, after wishing Edgar a happy birthday.

Well, ahead of today’s UFC Boston card, White spoke with the Boston Herald.  The UFC President was asked about the possibility of an Edgar – McGregor match-up, and White had this to say (quotes via MMA Junkie):

“I said it leading into the Mayweather fight: ‘He may never fight again after this fight when you make this kind of money,” White said. “He’s fought once since then.

“Conor loves to fight and wants to fight again, but the Frankie Edgar fight isn’t going to happen.”

“Edgar is two weight classes below him. (Edgar) was supposed to fight Aljamain Sterling. Aljamain fell out and got hurt. Frankie is coming to the end of his career, and he could end up getting himself into a title position again. To take the Conor fight makes no sense.”

So, even if you think Edgar poses serious threats for McGregor, White isn’t the only person to make the point about the size difference. The timing of this renewed talk about the two fighting was always off. After all, it wasn’t long ago that Edgar had announced he was moving to 135. Against Max Holloway in July, Edgar looked undersized, his wrestling wasn’t a factor, and he lost via decision.

Then of course, there’s the fact that there are other big-name fighters – still in the lightweight division – who make sense for McGregor as opponents. Justin Gaethje, Dustin Poirier or Donald Cerrone for example. Some folks still believe that the winner of Jorge Masvidal – Nate Diaz could be a possibility for McGregor as well. Even though White has said he doesn’t want McGregor fighting welterweights.

But, when McGregor publicly called for White to make the Edgar fight happen, it did seem like the match-up could move forward. Clearly that isn’t the case.