If you decided to pass on watching UFC Tampa yesterday, then you didn't see Niko Price's jaw-dropping, KO of James Vick...via an upkick.

For a few moments at UFC Tampa, it looked like James Vick might snap his losing skid…right before he was taken out by a perfectly placed upkick from Niko Price. 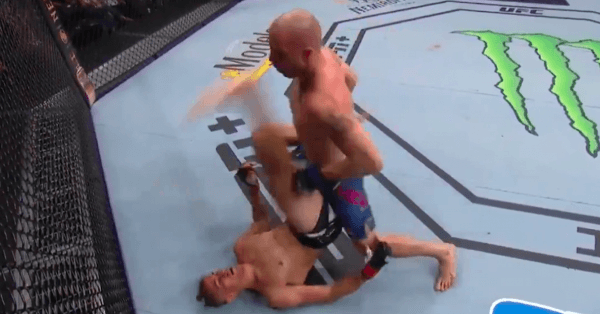 Price and Vick faced off on the main card of Saturday’s event, in a bout that marked the latter’s welterweight debut in the Octagon. After dropping consecutive fights to lightweight contenders Justin Gaethje, Paul Felder and Dan Hooker, the 6’3 tall Vick decided to move up to welterweight.

Well, as you can see by watching the clip below, as Vick was working some ground-and-pound he ate an upkick from Price, which KO’d him instantly.

Hopefully, Vick has a full and speedy recovery. It was a massive win for Price, not only because it’s a victory a gazillion people are going to watch, but because he was coming off a stoppage loss to Geoff Neal.

You can check out the complete results for UFC Tampa by clicking here.