Kron Gracie showed a ton of heart tonight at UFC Tampa,and kept coming for three rounds, but Cub Swanson outstruck the renowned grappler and handed him his first loss. 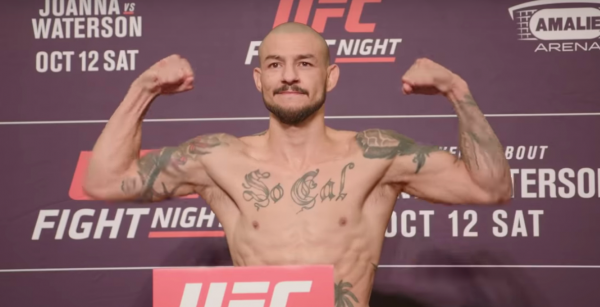 Gracie came out pressuring but Swanson countered nicely with a couple of big rights. Moments later, Swanson dug to the body with a right. Gracie continued to move forward and Swanson fired in strikes in return. Swanson cracked Gracie again to the body, but the latter landed a right hook moments later. The remaining minutes of round one saw more of the same.

Gracie moved forward to begin round two and Swanson looked to counter once again. Swanson continued to punish the body of Gracie with hooks but the latter tried jumping guard not long after. Gracie jumped guard again, but once more, Swanson was able to step out. Swanson tagged Gracie with a hard right moments later. Gracie started landing more jabs of his own and Swanson appeared to be tiring. As the final ten seconds ran down, Swanson was cut by his right eye.

Both men fired big hooks to begin round three. Gracie continued to press forward but failed to clinch up. 90 seconds in, Gracie jumped guard once more but Swanson defended well. Gracie scored with a 1-2 and then went for a throw, but Swanson defended. Swanson planted a couple more shots and Gracie tried taking the fight down once again. Gracie cracked Swanson with a nice left with 90 seconds left, and Swanson returned fire. Swanson flurried in and Gracie shot for a takedown. Swanson defended, however, and the fight returned to its feet. Swanson landed a few more blows before the horn sounded to end the outstanding fight.

Here are the results so far for UFC Tampa.