Corey Anderson understands why folks are jumping on the Johnny Walker bandwagon, but the light-heavyweight believes all the hype he's receiving is a wee bit much.

It sounds like Corey Anderson won’t try to tell you that Johnny Walker isn’t a ridiculously, entertaining figher. But, at the same time, the rugged wrestler believes the fast moving hype train that’s following Walker, should probably slow down. 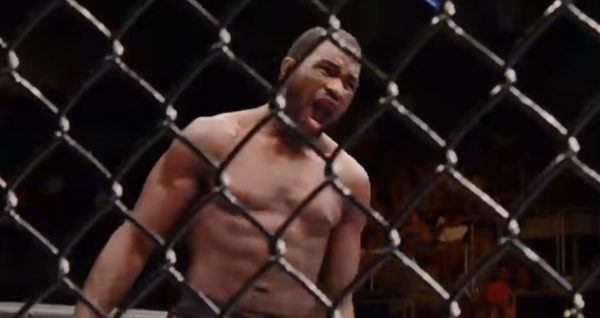 Walker has electrified UFC fans since arriving in the promotion last November, which materialized after he scored a decision win over Henrique da Silva on Dana White’s Tuesday Night Contender Series. In his official UFC debut, Walker took out Khalil Rountree in under two minutes, and since then, the Brazilian has put away Justin Ledet and Misha Cirkunohttps in less than 60 seconds…total.

Well, due to that run, Walker has generated considerable buzz. So much so, people are already talking about how he’d do against the champion, Jon Jones. In the interim, however, Anderson has been booked to fight the rising star at UFC 244, November 2nd.

While speaking the media recently, Anderson had this to say about Walker and the hype he’s been generating (quote via MMA Junkie):

“A lot of excitement because the excitement behind his name, the name Johnny Walker,” Anderson said. “…And, yeah, I wanted the title fight. I feel like I deserved the title fight, but as we all see now, the UFC isn’t what it used to be, isn’t if you beat the top guy, you get that spot. It’s who’s going to sell the top tickets and the top number and be exciting, and that’s what it takes to get those fights.”

“I mean, it’s a little too much,” Anderson said. “He’s exciting. You can’t take that from him. He’s exciting, and he does exciting things. He’s got three first round finishes, but then you ask yourself who has he finished. The guys that he’s finished, it’s not like he’s going out there doing it to guys that are title contenders. I’m going out there, I dominated Glover Teixeira who was a title contender. He’s beaten guys that have never gotten past the top 10 yet, so I just need to go out there and show that. He hasn’t beat anyone in the top 10 yet.”

Do you agree with Anderson’s take? It is true Walker has yet to beat a top ten ranked 205’er, although, Cirkunov is currently ranked #13 and he’s recorded some impressive wins during his UFC run.

So, it will be interesting to see how Walker deals with Anderson’s wrestling game, which you would think, the latter will definitely try to employ. The former TUF winner has won three straight fights and is coming off a decision win over Ilir Latifi in December.