Former WWE champion and current President of the United States are among the VIPs scheduled for Saturday's UFC 244 event in MSG. 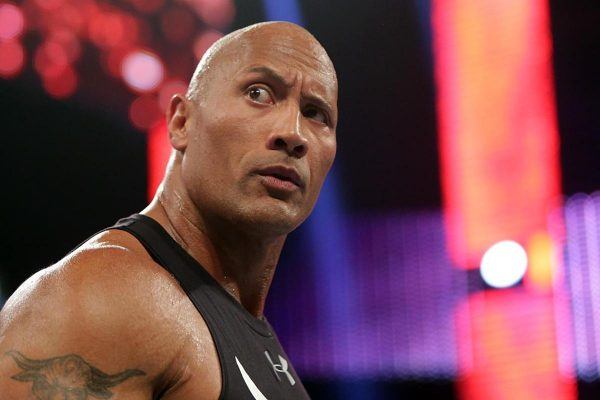 The Rock, also known as Dwayne Johnson, will be in attendance at UFC 244 this coming weekend.

After being asked by Jorge Masvidal to present the “BMF” title to the winner between Masvidal and Nate Diaz, Johnson stated that he has indeed made plans to do just that.

According to ESPN, Johnson will be there Saturday night from Madison Square Garden in New York City. And the former WWE champion will be the one to wrap the special title around the waist of the winner.

From Wrestler to Actor

After his incredible career in pro wrestling, Johnson turned himself into one of the leading male actors in Hollywood. He has appeared in such films as Moana, The Fast and the Furious films, Rampage, Jumanji, Skyscraper and most recently, Hobbs & Shaw.

Masvidal, a Miami native where Johnson now resides, sent a message on Twitter asking for The Rock to be on hand.

.@TheRock I’m telling @danawhite i want you to put it around my waist 305 all day 🙌🏼 #supernecessary https://t.co/iLVTW6i92q

.@TheRock I’m telling @danawhite i want you to put it around my waist 305 all day 🙌🏼 #supernecessary https://t.co/iLVTW6i92q

During his Instagram live chat with UFC president Dana White, Johnson stated that he would make an announcement on Friday. He is set to attend the UFC pre-fight press conference with “something I wanted to tell the UFC fans and MMA community first.”

According to a report by the New York Times, President Donald Trump will take Dana White up on his offer to attend an event.

Trump will head to New York City Saturday for UFC 244 from Madison Square Garden. He is expected to sit in attendance while Nate Diaz and Jorge Masvidal battle for the “BMF” title.

Weekend Plans: Trump is tentatively scheduled to go to NYC to attend an MMA event at Madison Square Garden on Sat night, per sources.

Stay over at Trump Tower.

In 2016, White extended an offer to Trump to come to the UFC event in Madison Square Garden. However, at that time, he declined due to security reasons.

There is a long history between Trump, White and the UFC. He previously opened his casino doors to host events and his sons were recently at a card to show their support.

Combatant In Chief: The Story of Donald Trump’s History In Combat Sports

Middleweight: Kelvin Gastelum vs. Darren Till