This past summer, "King Mo" Lawal announced he was hanging up the gloves. But, as it turns out, the former Strikeforce champ's fighting career isn't done....yet.

Next month’s Bellator 233 card has received a surprise, big name addition, as it will now feature “King Mo” Lawal in action…who retired just a couple of months ago. 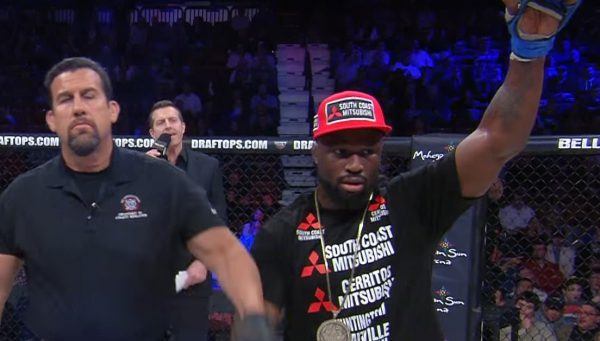 In early June, the 38-year-old Lawal announced he was closing the book on fighting. The decorated wrestler noted he had been thinking about retiring for a while, and Lawal cited all the injuries he’s incurred, as a key reason for his decision. At the time, Lawal was coming off a stoppage loss to Jiri Prochazka at RIZIN 15 in April.

Well, now ESPN’s reporting that Lawal (21-9) has agreed to fight Andrew Kapel in a 195 pound catch weight fight at Bellator 233, November 8th. Lawal is quoted saying in the report that he is only returning for this one bout, and then he’s done.

So, this is an interesting addition to the card, no question. Lawal will be looking to snap a three fight losing streak, before closing out his career.

Kapel(14-6) will be making his Bellator debut at the event, which will take place in Thackerville, Oklahoma.

Star Wars Actor John Boyega Joins London Protests, Gives Speech Saying, “I Don’t Know If I’m Going To Have A Career After This”