Following Rory MacDonald's loss at Bellator 232, the now former champ has said he's open to a rubber match with Douglas Lima, but will it happen?

Douglas Lima reclaimed the welterweight title last night at Bellator 232, and in doing so, he also avenged his previous loss to Rory MacDonald. So, could we see a rubber match between the decorated fighters? And could it happen anytime soon? There’s a couple of things to look at. 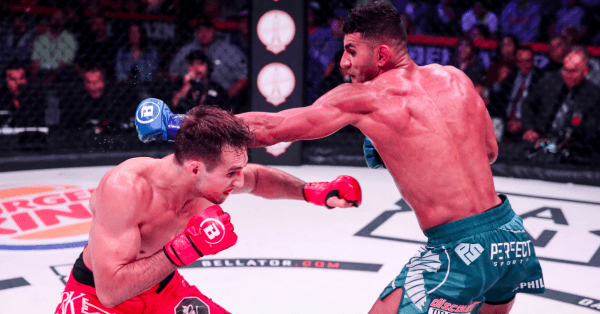 Although last night’s fight wasn’t stacked with ferocious exchanges and highlight-reel moments, it was an impressive performance by Lima. The heavy-handed fighter squashed numerous takedown attempts from MacDonald, and outscored the former UFC star en route to a decision win.

With the victory, Lima secured the 170 title again as well as a $1 million dollar check for taking the welterweight grand prix. He also avenged his 2018 decision loss to MacDonald.

Well, as if often the case when big-name fighters hold a win over each other, talk about whether a third fight between Lima and MacDonald could happen is making the rounds. Case in point, as the post-fight presser, MacDonald had this to say (quotes via MMA Junkie):

“It’s very likely (we rematch),” MacDonald said. “We had to close fights. He won one, I won one. It’s kind of inevitable that we’ll probably fight again… I wouldn’t say no. If they want to do it, they can do it. First I’ve got to re-sign. My contract expired. We’ve got to deal with that situation. Obviously if they want to give a title shot, sure.”

And Bellator President Scott Coker was also asked about the possibility of Lima – MacDonald III, and he said this (quote via MMA Junkie):

“I haven’t really thought about that, but you know what, I wouldn’t mind seeing it,” Coker said. “Maybe further down the line. We’ll see what happens.”

“We’re going to be taking Larkin in Japan to fight on the 29th to fight on our show,” Coker revealed. “We’re still working out the opponent, but he will be fighting and representing Bellator against Rizin, so he will be busy there.

“I think Douglas Lima would probably want to take a couple of months off, and then we’ll figure it out. But I think that Larkin, unless he loses in Japan, he’s probably the No. 1 guy in the slot.”

Now, could Coker be pushing Larkin’s title shot since MacDonald’s contract is up? As a bargaining tactic? After all, if he came out saying a third fight had to happen next, it would favor MacDonald’s position. It’s possible. But, since last night’s fight probably didn’t buzz casual fans too much, there probably isn’t widespread interest in having Lima and MacDonald fight again in the short term future.

It will be interesting to see who Lark fights and whether he can advance to a fight with Lima. The latter faced Larkin back in 2017 and won via unanimous decision.