Adam Rose Has Become Unrecognizable Since His WWE Release

Not everyone will remember Adam Rose, but those of you who do are in for a shock. After all, Adam Rose now looks almost unrecognizable.

Not many of you will remember Adam Rose, but he was actually quite the prolific figure in the WWE from 2014 to 2016. Before that, he started at FCW and NXT. He was called up to the main roster in 2014 and remained there for two years.

The Adam Rose From Before and The Current Adam Rose

My weight gain has caused some interest so let me explain.. Before coming to the #WWE I weighed 236 lbs.. when I performed as #LeoKrugar my weight was around 225 lbs.. When I made the transition to #Adamrose, I was asked to refrain from weight training, so the character would not look like a #prowrestler at all, and also to get as far away from the Krugar character as possible. My weight as Adam was around 201 lbs.. unfortunately as everyone now knows while in the WWE I developed a drug addiction which lead to me losing considerable weight and getting sick. At my worst I weighed in at 176 lbs in the WWE.. I was living on a smoothie a day and barely ate.. After a long stint in rehab, thanks to the WWE, I was able to clean up and get my life back together.. Currently I weigh 258 lbs and feel good. I weight train religiously and eat food again.. probably too much food.. but I enjoy it so not gonna stop. I'm happy and on a much better track.. thank you.. #nxt #aew #powerlifting #weightlifting #bodybuilding #swoledaddy #jacked #happy #FatBoyHappy

For those of you who are familiar with Adam Rose, these pictures are probably a tremendous shock. It is difficult to recognize Rose in the new picture. He’s gained a considerable amount of weight and aged quite a bit as well. All this in a period of only five years.

Adam Rose addressed his weight gain and transformation on social media, explaining he regained the weight after quitting the WWE. He also mentioned his drug addiction past, praising the WWE for helping him get his life back together. 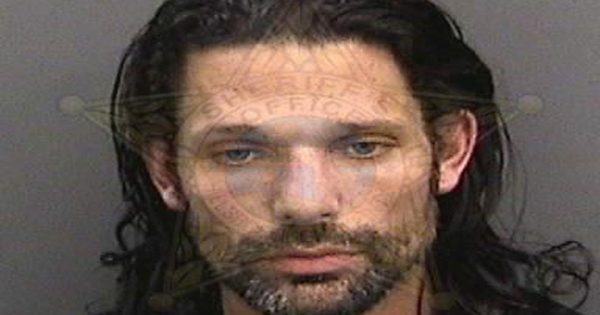 Rose was released from the WWE in 2016 after a domestic violence incident. According to the charges, Rose grabbed his wife and took her phone away so she could not call 911. The Hillsborough County Sheriff’s Police Office report stated that Lappan (Rose) and his wife were arguing at their home and that the situation escalated.

The company released the following statement after the news broke. At the time, the wrestler was already serving a 60-day suspension for a violation of the company’s wellness policy.

“WWE has zero tolerance for matters involving domestic violence, and per our policy, Raymond Leppan (Rose) has been suspended indefinitely following his arrest.”

“According to the policy, Leppan will be fired if he’s convicted and could be reinstated if the charges are dropped or he’s acquitted. However, a so-called morals clause in the company’s booking contract gives the company “broad discretion to fine, suspend or terminate talent if “incontrovertible evidence of such illegal misconduct is presented to WWE.”

Since his departure, Rose has been active on the indie wrestling scene, but no big breaks have presented themselves. He changed his ring name to Aldo Rose and his first match would be against another WWE alumni Damien Sandow. After a lengthy break, he would then change his name to Leo Krugar.

Champion for a Day…

In early 2019, Krugar announced his retirement from professional wrestling. His retirement match took place under the Atomic Revolutionary Wrestling promotion, which he lost by submission.