Leon Edwards Tells Colby Covington Off, Calls on Kamaru Usman to “Run it Back”

The expectation is that Kamaru Usman will fight Colby Covington next, but Leon Edwards continues to drive hard for a title shot.

The UFC has been trying to make Kamaru Usman versus Colby Covington a reality, but Leon Edwards isn’t about to stop calling for a rematch with the welterweight champ. Not only that, Edwards has made it clear he doesn’t care about, or for, the controversial Covington. 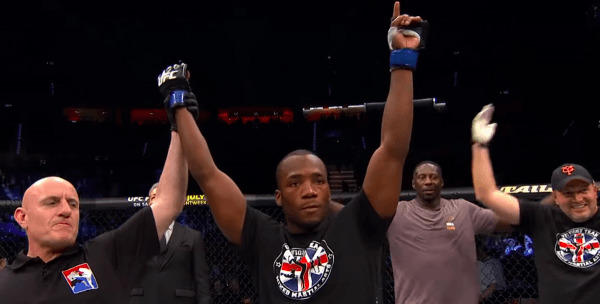 Recently it was reported that the UFC tried to add Usman – Covington to its November 2nd card in New York City. Covington claims the promotion came with too low of an offer, and now we know Jorge Masvidal and Nate Diaz are going to fight in the main event of the card.

Edwards is still driving for a title shot

Well, although Covington is expected to face Usman next – as he’s on a seven-fight winning streak that includes winning the interim belt, Edwards continues to make his case for a title shot. Case in point, while talking to MMA Fighting recently, the surging, British contender said this:

“F—k Colby Covington. I don’t like Colby anyways. I don’t give a s—t about what he’s doing,” Edwards said. “My thing is to get a world title shot. Let’s me and Kamaru run it back. We’ve got the most wins in the division, we’re the two best in the division. Let’s run it back.”

“For me that would be perfect — him having the title and me taking it off him — that would be the fairytale story,” Edwards said. “To defeat the last man to defeat me for the title, I hope I get the chance to do that.

Now, no one will likely be surprised to see Edwards isn’t’ a fan of “Chaos”. But, that aside, there’s no doubt Edwards has a compelling case for a title shot of his own. The 28-year-old has won eight straight fights and has defeated big-name fighters like Donald Cerrone, Gunnar Nelson and Rafael dos Anjos during that time.

But, unless Covington can’t come to terms with the UFC for the Usman fight, Edwards will likely need to score another win in the interim. If Usman – Covington does get signed, maybe the UFC will look at having Tyron Woodley face Edwards in a title shot eliminator?

Edwards fought Usman back in 2015 at UFC on FOX 17, and lost via unanimous decision. Edwards’ record currently stands at 18-3.