Clearly the issues between Conor McGregor's team and Khabib Nurmagmoedov's are far from over, as Artem Lobov says he's willing to fight Zubaira Tukhugov for free...

Artem Lobov has been making waves in the bare knuckle boxing world since he was let go by the UFC, but the rugged fighter clearly hasn’t dropped his wish to fight Zubaira Tukhugov. In fact, following the latter’s win at UFC 242, Lobov is reporting he’s told the UFC he’ll fight Khabib Nurmagomedov’s teammate for free… 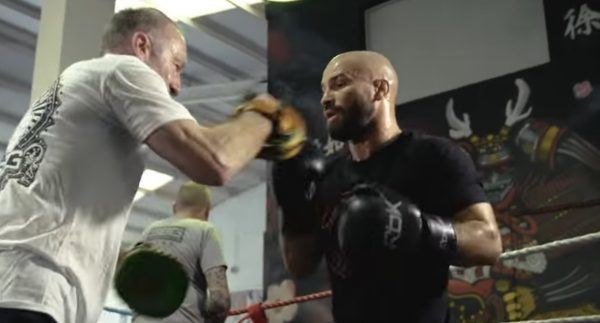 Lobov anad Tukhugov were initially booked to fight at UFC Fight Night 138 last October, but Tukhugov was ultimately suspended by the Nevada Commission, due to his involvement in the ugly, post-fight brawl at UFC 229. That incident happened after Nurmagomedov submitted Conor McGregor in the main event, who, as you likely know, is a long time friend and training partner of Lobov’s.

Further, if you followed all the drama between Khabib and Conor, you know that Lobov was front-and-center. Nurmagomedov confronted Lobov in a hotel about things he had said about the undefeated fighter, and that prompted the ugly, dolley throwing incident prior to UFC 223.

Well, recently Lobov spoke withe The MacLife, and while discussing his future, the Russian fighter had this to say about fighting Tukhugov (quotes via MMA Junkie):

“It’s a fight I would want as well,” Lobov said. “I mean obviously he’s in the UFC now and I’m not, so our paths are not going to cross immediately but it’s something that I would definitely do. After his performance last time, I messaged Sean Shelby and I said if you will give me a one-fight deal against Zubaira, I’m willing to fight for free. He said, look I hear you, I’m not sure what that means, whether they would consider it or not but if they gave me a one-fight deal, I will fight him for free, no problem.”

“Absolutely yeah,” Lobov said, while discussing his willingness to take MMA fights. “I’m actually in talks with some of the MMA promotions already. I’m always on the lookout for fights. I love all fights and MMA is my bread and butter. This is where I started and I for sure want to go back in there. Not sure exactly when yet but I say within the year, I will have done boxing, bare-knuckle and an MMA fight.”

So, could this happen? Would the UFC bring Lobov back for this fight? It’s possible, as it certainly would garner a lot of interest. But, does the UFC want to go down this road? A road to a fight that has so much baggage and that could easily spike tensions between McGregor and Nurmagoedov’s teams? And result in more incidents?

Tukhugov (18-4-1) faced Lerone Murphy at UFC 242 earlier this month and the fight was declared a split draw.