Ahead of his bout today with Ilir Latifi, Volkan Oezdemir's outlined why his losing streak isn't reflective of his real abilities.

It wasn’t long ago when Volkan Oezdemir was the talk of MMA, after quickly, bombing his way into a title fight with the then light-heavyweight champ, Daniel Cormier. Since then, however, “No Time” has lost three straight and has fallen out of the top 5 ranks. So what gives? 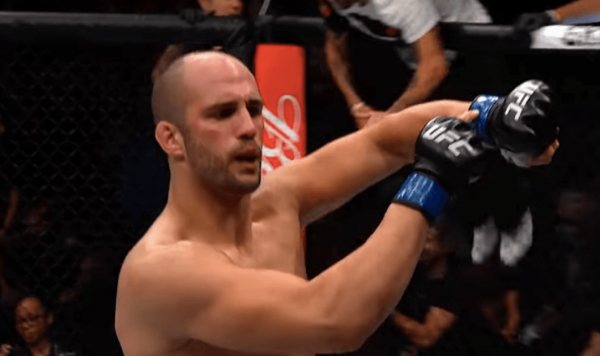 The Swiss fighter joined the UFC back in 2017, and after working his way to a split decision win over Ovince Saint Preux, Oezdemir turned heads by taking out Misha Cirkunov and Jimi Manuwa in back-to-back bouts. As his nickname notes, Oezdemir needed just over a minute – total – to win both of those bouts.

As a result of those victories, Oezdemir was tapped to face Cormier in January, 2018. Oezdemir lost to the champ via a second-round stoppage, and since then, he’s lost two more bouts to Anthony Smith and Dominick Reyes. If he loses to Ilir Latifi today at UFC Uruguay, Oezdemir could drop out of the top ten ranks at 205.

In advance of Oezdemir’s fight today with Latifi, he spoke with MMA Fighting. While discussing his recent run of losses and today’s bout, the 29-year-old said this:

“This isn’t me, this isn’t the fighter I’ve always been. I’ve had some tough times with injuries, my hand was still bothering me and it was really hard to punch with it. It took away a lot of my power because everyone knows I’m a puncher. I had to develop more skills to be able to be proficient. I feel like I’ve really evolved and this will be Volkan 2.0 that everyone sees on Saturday night. I’m ready to get back in the win column.”

“Ilir has been at the top of the division for years now. He lost some key match-ups along the way and that stopped him from [getting a title shot]. I think getting a win over him will get back to at least near the top-five. I feel like if I get a win here I’ll be a few fights away from fighting for a title again. I’ve always looked for key match-ups against the strongest fighters available, so I feel like this won’t be a problem for me.”

The comments about his hand injury are interesting to hear. Oezdemir demonstrated that he has ridiculous power in his initial UFC fights, so if that has been diminished in more recent outings, it’s worth noting while reflecting on those losses. It’s also important to remember that in his last fight against Reyes – one of the division’s fastest rising commodities – Oezdemir lost via tightly contested, split decision. Some folks had him winning.

All that aside, there’s no question that today’s bout with Latifi is a massive one for Oezdemir. Latifi, meanwhile, is coming off a decision loss to Corey Anderson, after defeating Saint Preux and Tyson Pedro.