Nasrat Haqparast continued to demonstrate today why he’s a lightweight folks should monitor, as the 23-year-old put away Joaquim Silva. 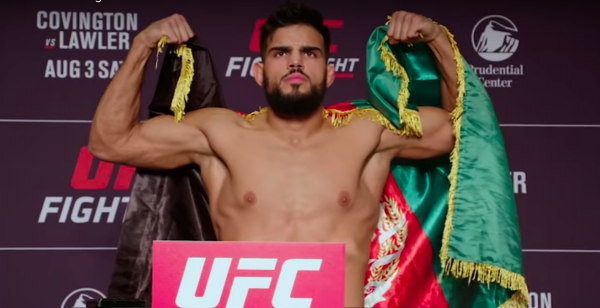 Silva came with a flying knee and some leg kicks early on and Haqparast started to pressure. Silva continued to offer much more offense, as Haqparast tried to find home for his left hand. Later in the frame, Haqparast landed a nice right hook, and followed up with a combo. Shortly before the round ended, Haqparast threatened with a head kick.

Silva began the round with a couple of kicks, but moments later, Haqparast planted a massive lefthook that sent the lightweight to the deck. As Haqparast followed up with shots, the ref jumped in to stop the fight. Impressive win for Haqparast.

Here are the results so far for UFC Newark.